Double European Championships medallist Colin Oates has announced his retirement. Oates who competed at the 2012 and 2012 Olympic Games. In Rio he lost his first contest, in London he finished seventh. One of his highlight was the victory at the Commonwealth Games in Glasgow in 2014.

After he fought U66kg practically his whole life but came back after the Games U81kg and won the British title. In 2007 he won his first of five British titles.

"Competing in judo has been the time of my life and the journey was worth it no matter the outcome," the 34-year-old said in a post on his Facebook page.

"After competing in the sport of judo for the best part of 26 years every road comes to a junction. In 2005 he won the British Open. He won three World Cups, in 2008 in Drammen, 2013 in Glasgow and his biggest in 2014 winning the Grand Slam in Baku. His highest World Rank was 6. Oates booked victories against top athletes as Khashbaatar, Sobirov, Khan-Magomedov, Pulyaev, Shavdatuashvili, Shikhalizada, Uriarte, Pollack, Larose, Jereb and many more.

"It's time for me to start down a new road and from this day forward I will be retiring from competitive judo."

Oates, from Norwich, confirmed he was thinking over his future in the sport after losing in the first round at the 2016 Olympics in Rio.

Since then he has been concentrating on coaching in both England and Scotland, and working towards a level three qualification.

He caused a major upset at London 2012 by beating former world champion Khashbaatar Tsagaanbaatar before losing in the quarter-finals.

"The final high came when I reached my first ever major championship finals at the Europeans last year. It was a shame not to take the gold but I was proud of my achievement." 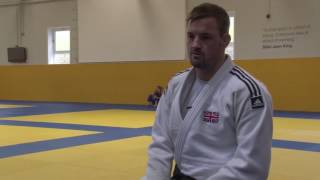 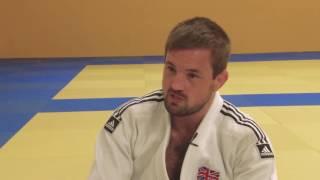