The Grand Slam of Baku has welcomed 448 judoka (279 men, 169 women) from 76 nations to the second of five annual Grand Slams on the IJF World Judo Tour. Only three events remain in the Olympic qualification phase with the Baku Grand Slam being followed by the Almaty Grand Prix next week (13-15 May) and the final points available are up for grabs at the invite-only World Judo Masters (27-29 May) in Guadalajara, Mexico.

Top favourite Orkhan Safarov (AZE) was the top seed but lost surprisingly to Ryuju Nagayama of Japan. Dashdavaa Amartuvshin (MGL) and Ganbat Boldbaatar (MGL) have been beaten to Rio 2016 by boy-wonder Tsendochir Tsogtbaatar (MGL) and will look to put their mutual frustrations behind them with a medal-winning display on day one.

Double world silver medallist Mikhail Pulyaev (RUS) leads the way in the U66kg category and will be regarded as one of the most likely top seeds to turn that status into gold on Friday evening. Pulyaev, who took bronze at the Dusseldorf Grand Prix in February last time out, can expect a lively and testing day with world bronze medallist Golan Pollack (ISR) while European silver medallist Colin Oates (GBR) lost his first match to Denis Vieru (MDA). Same for European Champion Vazha Margvelashvili (GEO) who lost to Azamat Mukanov (KAZ).

Top U48kg seed Galbadrakh Otgontsetseg (KAZ) has lit up the international stage in 2016 to transform all projections for the Rio 2016 Olympics. Galbadrakh has won five medals from five competitions this year to storm up the rankings to the fourth place on the world ranking list. Galbadrakh, winner of the Paris Grand Slam, Samsun Grand Prix and Asian Championships in 2016, faces opposition from Olympic bronze medallist Csernoviczki Eva (HUN) and European bronze medallist Dilara Lokmanhekim (TUR).

World number three Erika Miranda (BRA) has arrived in Baku on the back of winning the Pan American Championships a week ago in Havana, Cuba. Miranda is among the favourites for the Olympics and a medal in Baku would boost her momentum further while judo fans will also be paying close attention to the fortunes of category standouts such Swiss Evenlyne Tschopp and Odette Giuffrida who may face eachother. In Pool C Annabelle Euranie (FRA) seems the favourite, perhaps even for a final spot. 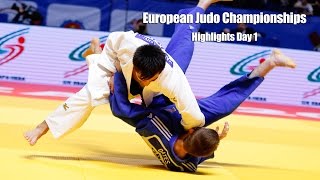 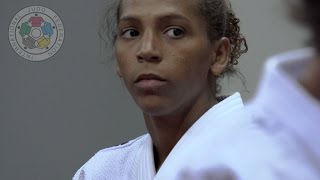 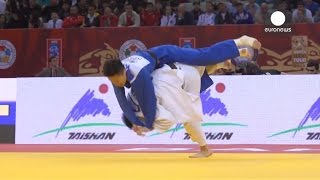