Abu Dhabi Grand Slam gold medallist Kim Jan-Di (KOR) is in the form of her life having today won her third IJF event in two months. Kim won in the U.A.E and the Tashkent Grand Prix before that as she’s catapulted herself to become one of the leading names in the category U57kg in Jeju.

Kim was handed a tough assignment in the final against the ever-improving Nekoda Davis (GBR) and arrived into the arena to a big ovation from her teammates and the partisan home crowd. A yuko from the home judoka settled the contest and now Kim will rest before returning to the tatami to compete in 2016 with realistic ambitions of winning an Olympic medal in Rio.

In the first semi-final Davis was successful against home opposition as she beat Kim Minju (KOR) who was looking to open her IJF World Judo Tour medal account on day one. The South Korean was penalised twice in a scoreless contest which was once more than her British foe and it was the latter who advanced to the final. In the second semi-final Abu Dhabi Grand Slam silver medallist Lien Chen-Ling (TPE) took Kim Jan-Di to golden score in a fascinating battle between two in-form judoka. A shido for Lien after 31 seconds for passivity settled the outcome and Kim progressed while Lien went into one of the two bronze medal contests. 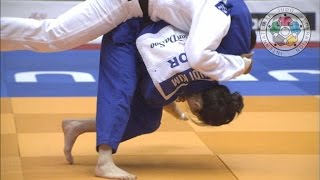 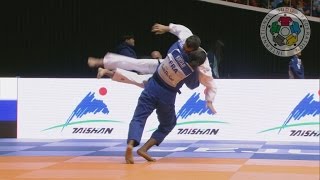 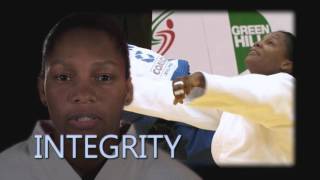