With a seventh place at the Olympic Games in Tokyo and lots of challenges for the future, Argentina’s 2016 Olympic Champion Paula Pareto says farewell to her judo career. She won her first contest but lost against Funa Tonaki and Catarina Costa for a chance on another medal fight.

Pareto was the first Olympic champion in an individual sport for Argentina. Paula Pareto is now 35, and announced to end her career "in peace and quiet". The Bronze medalist in Beijing in 2008, world champion 2015, silver in 2014 and bronze in 2018, a doctor of medicines call it the day.

Pareto enjoyed her last months in judo after the corona crisis despite all the challenges she knows so well. Against the IJF she said: "I can´t complain. We all wanted to return to competition and sanitary measures are the toll we have to pay. It seems to me that things are going well and we all respect the conditions imposed because it is what meets the needs of the situation. I say it as a doctor, not as a judoka.”

“It was very nice to see my colleagues again, especially those who had been sick. This is a very hard sport and we are living the toughest period of time; it has a great cost. For this reason, competing is our reward and, in the end, the security protocol is indispensable because it allows us to do our work."

At her return last year she lost to the later Olympic champion, her successor from Kosovo Distria Krasniqi in the final in Budapest. Also at the IJF Masters in January she fought with the best such as Munkhbat and Tonaki. Most of her matches in her career though she fought against South American rivals such as Dayaris Mestre Alvarez, Sarah Menezes, Edna Carillo, Nathalia Brigida and Luz Alvarez. Still she proved to be the strongest for a long time and the second South American after Sarah Menezes to win the Olympic title. Now her mission is accomplished, new goals can be set. 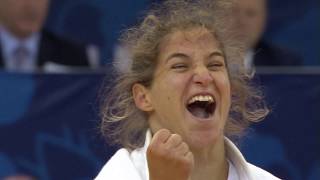 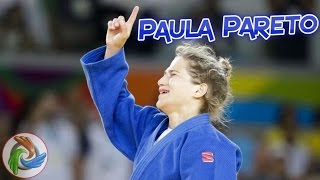 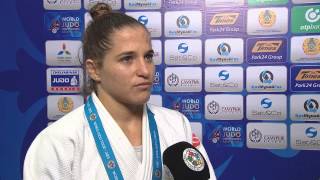