Inside news
Home News Could Judo Learn from Boxing to Become More Popular?
Back

Could Judo Learn from Boxing to Become More Popular? 2021 was a great year for judo, as the world’s leading male and female competitors used the Olympics to, not only showcase their talent, but also the judo to the world.

The Games in Japan were broadcast all around the globe and generated a lot of press coverage. There were some great storylines such as Nora Gjakova and Distria Krasniqi’s gold medal success for Kosovo, while Shohei Ono continued his domination of the lightweight division.

Judo would love to continue the momentum now and maybe it could learn from another sport in the way it is promoted. Boxing, also one of the sports at the Olympics, is hugely popular at a professional level.

A great example of a boxer who has used, not just his talent, but also his personality to climb to the top of his sport, is Tyson Fury. The WBC heavyweight champion is unbeaten as a professional. He is set to face Dillian Whyte in 2022 where he is the -700 favorite in the boxing betting odds to prevail in that fight.

Fury is likely to be one of the leading boxing betting tips in 2022 regardless of who he clashes with.  He has faced the likes of Wladimir Klitschko, Deontay Wilder (three times) and Derek Chisora and has proven he is one of the best of his generation.

The world heavyweight champion does a fantastic job promoting his fights. He is entertaining in his press conferences prior to his bouts, while he has done great work outside of boxing promoting mental health awareness.

Judo should encourage some of its big personalities to promote themselves outside of the sport. The more they become household names, the better it will be for judo. Events such as Strictly Come Dancing could be one way to do that. These shows are watched by millions every Saturday. In the UK, the likes of Adam Peaty (swimmer), Nicola Adams (boxer), James Cracknell (rower) and Lauren Steadman (paratriathlete) have all featured, and it has done their reputation, and their sport, no harm.

Television Coverage Across the Two Sports

Boxing is fortunate in that it does not struggle for television coverage. There are some huge deals with networks in the USA and UK, which make it easier for the promoters to offer contracts for the biggest names in the sport to meet.

Some channels even offer their audience pay-per-view events. These bring in extra revenue needed to make bigger fights happen, the ones boxing fans are desperate to see.

Judo does not receive the same coverage as boxing, or indeed other sports. This is why the Olympics is always such a great shop window as it is the only time judo is on national television in many countries.

Participation numbers in judo climb following Olympic Games, but then decline across the four years until the next event. If judo were able to get national television coverage every year, it would make a huge difference.

There are now channels on cable and digitally that are looking for sports events. These are free to watch if judo is able to provide some of its global events across the year, it could make a huge difference. Those taking part would be able to demand greater sponsorship deals for the exposure they will give their brands. It may able also lead to more competitions being created.

Judo is in a strong position right now as sport following the Tokyo Games and hopefully it will build on that over the next few years to put it in an even healthier place. 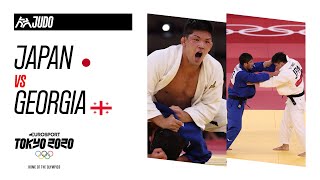 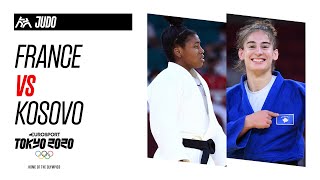 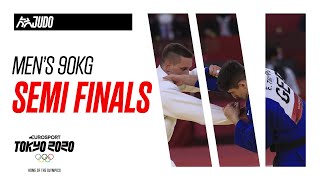