There will be a spectacular entry at the Grand Prix of Zagreb. A World Champion that you might not expect anymore. At least not for Romania that never celebrated a World Champion, but now they have one. The spectacular country switch of former Cuban World Champion Asley Gonzalez acquired the Romanian citizenship. He is immediately added to the team of the Grand Prix in Zagreb, the first IJF World Tour event since the Olympic Games in Tokyo.

With three participants at the Olympic Games Romania couldn’t cheer too loud with only five matches for the participants Andreea Chitu U52kg, the brave Alexandru Raicu fighting U73kg and heavyweight Vladut Simionescu who survived one round but lost his second Olympic contest.

Help from the Ministry of Youth and Sports

It is a privilege to see former Cuban judoka Asley Gonzalez the 2013 world judo champion, in the team for Croatia’s blockbuster event. You can wonder if you can bet online at skrill online casino with Asley Gonzalez in the starting grid. It would be a risky bet in his new category U100kg. Definitely an interesting country switch for the Cuban fighter made possible by the Romanian Judo Federation. Through the Ministry of Youth and Sports, the Federation made a request for the citizenship of Gonzalez, which was resolved by a Government Decision. On August 9, Asley Gonzalez took the oath of allegiance.

Gonzalez represented Cuba in major international judo competitions. He won the world title in Rio de Janeiro in 2013, in the weight division U90 kilograms. He is a triple Olympian having won a silver medal at the London Olympics in 2012. He also competed in the Beijing Olympics in 2008 and Rio de Janeiro in 2016. Gonzalez is now hoping for a chance for the Paris Olympic Games in three years time. Gonzalez requested the citizen ship as his friend is a judoka; Vlad Visan, a former Romanian champion and winner of three World Cup medals.

Coming from a former communistic country, the chances are not so easy for him in the sport with many restrictions whereas Romanian could offer him chances to compete in the U100kg class. Gonzalez is married and hopes to bring his family to Bucharest. With the financial support of the state Gonzalez will have chances to compete in the IJF World Tour and book successes for Romania.

Back to world level

The last time Asley Gonzalez competed at world level was the 2018 Judo World Championships in Baku where he took a seventh place in the individual tournament and competed for the Cuban team in the mixed team event with the strong mix of men and women in his country. Due to his friendship the former World Champion has been to Romania many occasion and competed at the European Open in Cluj Napoca where he bagged a silver medal in his U90kg category. Also he came for training with the team in Oradea where he enjoyed the Romanian hospitality and friendship.

Gonzalez gained 10 kilos and has a reputation for over a decade. He was a big talent in the U81kg class in 2007 and managed to qualify for the Beijing Olympic Games U90kg where he debuted with two losses. However in London he reached the final after defeating Russian favourite Kiril Denisov in the semi final and lost eventually to the Korean Dae-Nam Song who was on form in London. Four years later in Rio Gonzalez won his first two contests but was defeated by the strong Mongolian fighter Otgonbaatar Lkhagvasuren. Gonzalez was World number one in 2013 and 2014. Even before he won the world title in Rio de Janeiro he had climbed to the leading position U90kgs. In 2011 he took a bronze medal at the World Championships in Paris and he booked victories at the World Cup in Sao Paulo and Miami World Cup even twice before taking World gold in the final against Varlam Liparteliani. In total he competed six times at World Championships. His last big victory was the Grand Prix in La Havana where he defeated Krisztian Toth, the current Olympic bronze medallist of Tokyo. Gonzalez is ready for the start of his last adventure, perhaps in Paris in 2024 and a European life in Romania. 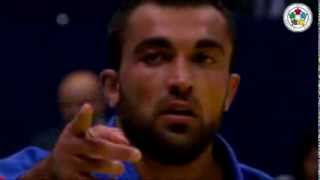 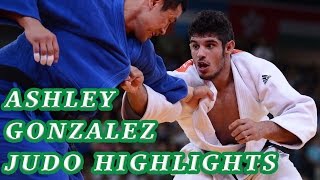 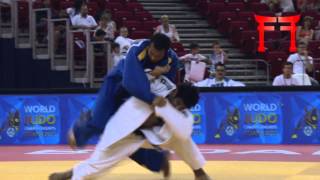