Not Israelian favourite Baruch Shmailov but Russian Morad Chpoanov was the surprise semi finalist U66kg in Tel Aviv. He lost to Dzmitry Minkou, the Belarussia promise who may found his peace and came back into a final of a Grand Slam for the first time and a secure podium place for the first time since 2018. Minkou's opponent was Spaniard Alberto Martin Gaitero who seems to become the successor of Sugoi Uriarte U66kg.

The final was a cautious to and from, with neither athlete keen to open themselves up to the risk of making a mistake. Shido reigned supreme here, in favour of Spanish Gaitero. It was a game of strategy. Minkou was actually ahead with one penalty against two for Gaitero Martin but he soon racked up his second penalty and they were even. Then Minkou was pressured into doing a false attack, costing him the match. Gaitero captured the tenth Grand Slam gold medal in history. Sherazadishvili captured four of those and it was the first ever gold U66kg.

The first bronze medal was won by Uzbek first time grand slam medalist, Nurillaev, driving a sode-tsuri-komi-goshi through for the score. The second was won following a much slower match, by his team-mate, to place both Uzbek men on the podium, much to the delight of coach Ilias Iliadis. Uzbek legend Rishod Sobirov once won a Grand Slam bronze medal U66kg but two in one day for Uzbekistan was exceptional. The first Grand Slam medal for the country U66kg.

Indian competitor Saini, who won his way through to the 3rd round, where he finally succumbed to the experience of the category’s number 1, Shmailov (ISR). Saini is a beacon of hope for his country, showing that India is on the rise. He was backed up by countryman Yadav at -60kg, who also won early in the day. 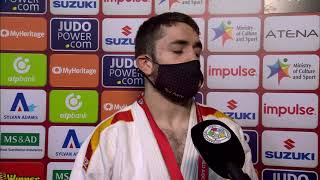 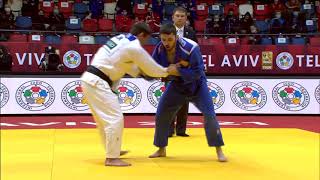 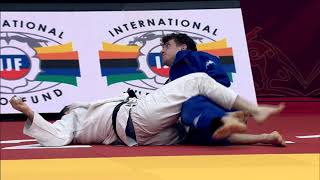