The draw at the Grand Prix of The Hague delivered some fine first round matches. With two world champions in the field and 412 participants coming from 62 nations the second edition of the Grand Prix in Holland almost doubled its participants field compared to last year. 242 Men and 170 Women will battle for the medals and valuable points for the qualification for the Olympic Games in Tokyo.

The most competitive categories are the men’s U81kg division with 45 athletes and U73kg with 43 men. In the women’s category U48kg 28 athletes in the field including Serbia’s number one seed Milica Nikolic. She is in the pool with World Junior ranking leader Laura Martinez Abelanda (ESP).

Charline van Snick the first seeded athlete U52kg and hugely experienced. She took bronze last year and may be facing Odette Giuffrida (ITA) in the quarter final in The Hague. Gili Cohen and Reka Pupp seemed strong athletes on the other side.

Not many German athletes U57kg (training in Japan) as the sisters Stoll last year won silver and bronze, won by Gjakova, but this time we do have Miryam Roper as first seeded athlete, she is now successfully fighting for Panama. Roper might face Germany’s Ines Beischmidt in her first match but more likely is Corina Stefan (ROU). Both Astride (U52kg) and Priscilla Gneto (U57kg) are fighting in the Hague. Priscilla might reach the semi final.

Juul Franssen is Holland’s frontrunner U63kg. She won the Abu Dhabi Grand Prix and last year she took gold in The Hague. One of her opponents could be Sanne Vermeer, the World Junior Champion from the Netherlands, who is in Pool B. Pool C and D could deliver anyone in the final.

Kim Polling won the Grand Prix U70kg last year, she is still recovering from an injury and will see Sanne van Dijke in Pool C running for gold this edition. She is a candidate for the final. Pool A is very interesting with number one seed Maria Portela (BRA), Emily Sook (DEN), Laura Vargas-Koch (GER), Anka Pogacnik (SLO), Natascha Ausma (NED) and World Junior Champion Alice Bellandi (ITA). Send us your likely outcome on our insta account.

Natalie Powell just loves Holland and visits the training centre with a visit every now and then. She is the number one seed U78kg without World Ranking leader Guusje Steenhuis who saves her powers for the remainder of the year. Marhinde Verkerk is eager to take gold this time. Strong Dutch athletes but also Loriana Kuka who is in a very good shape lately with wins in Gyor (ECH U23) and GP Tashkent.

Larisa Ceric of Bosnia Herzegovina is first seed +78kg. 17 women in this division including Belarussian Maryna Slutskaya who took gold at the Abu Dhabi Grand Slam. 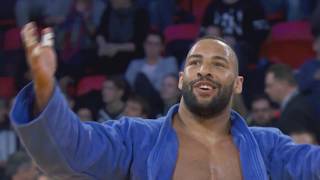 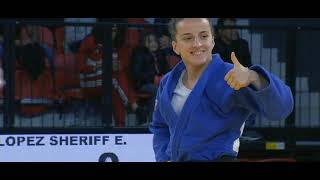 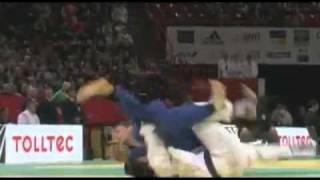 24 May 2021 17:05
Marhinde Verkerk retires after the World Championships