The U100kg weight class is super competitive and will definitely be among the most sensational match days at the World Championships in Budapest. There are many questions and many opportunities for many athletes. Defending World Champion Ryonosuke Haga of Japan is one of the candidates. But since the Olympic reduction, Haga has lost half of his accumulated points and is unseeded for Budapest.

Haga has competed in only one IJF World Tour event since the Olympics, the 2017 Hohhot Grand Prix, which he won by defeating Russia's Kirill Denisov in the final. Denisov is another one to watch and as number eight seed he might bump into Michael Korrel, the number one of the world. He may have made the best progression since the Olympic Games.

Other exciting players to watch out for are former World Champion Elkhan Mammadov of Azerbaijan who surprisingly won the European title, but this tournament is supposed to be his last attempt. Olympic runner-up Elmar Gasimov, also of Azerbaijan, can win the title and open the Olympic cycle like Mammadov did in 2013.

Cyrille Maret is always stable. He won bronze at the Olympic Games and can take this World Title. He is at the same level as 5-6 other top performers who have a shot to take the crown in Budapest. An interesting prospect is Kazbek Zankishiev; this lefty is not easy to crack and might reach the quarter-final.

It would be suprising if Hungarian Miklos Cirjenics medalled, but he won the Grand Slam in Ekaterinburg and has since snuck quietly into the Top 5 of the world. Why not do it at home?

Maxim Rakov (KAZ) is the last seeded player, but an old fox. Under normal circumstances the competition is maybe too tough for him, but his experience might help him.

Georgian Varlam Liparteliani won silver at the Olympic Games in Rio 2016 U90kg. He is triple European Champion in 2012, 2014 and 2016 and won three consecutive World Championships medals. This time he moved up to U100kg but can still defeated everyone. He won bronze at the Grand Slams in Paris and Ekaterinburg in 2017. He won gold at the European Open in Minsk defeating World number one Michael Korrel. No one would be surprised if Lipi takes it.

Haga’s compatriot Aaron Wolf is also representing Japan in this weight category. While Wolf has done well in domestic competitions, his international track record is not as impressive as Haga's. This is reflected in their rankings, but for many Wolf is a sophisticated opponent, a game changer.

Toma Nikiforov is always among the medal candidates. It’s good or bad, but no shame in this class. Perhaps Belgian’s only serious medal candidate in Budapest fights in one of the most competitive weight classes.

Henk Grol was about to step up to the +100kg division, but changed his mind and wants to give it another try. The body loved the pain too much. Grol has a reputation at World Championships as a three times runner-up, but his last success was in 2013. Tokyo is too far away for now, but Budapest is an opportunity for Grol to get back on top.

A special mention for Dima Peters: the German already announced his retirement, Budapest will be his last shot. He won World Championships medals in 2013 and 2015. He has the technique to qualify among the best eight, but realistically we don’t expect miracles.

Ben Fletcher (GBR) is getting closer to the top, he is in a good mood, and will grab the opportunity, a dark horse coming up. 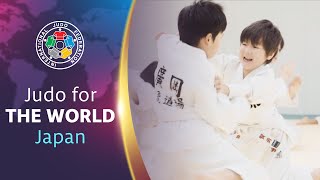 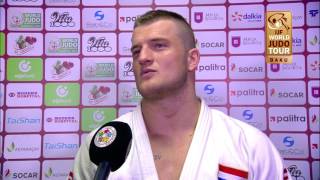 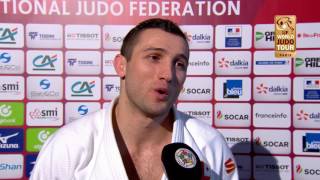