The favourites for the world title U48kg in Budapest are from Asia. At the top of the world ranking for women's U48kg is Otgontsetseg Galbadrakh, formerly from Mongolia and now fighting for Kazakhstan, who has a devastating ura-nage. However, in our opinion, the top prospect is the No. 2 ranked Urantsetseg Munkhbat, a former world champion with killer newaza.

Munkhbat won the 2016 Tokyo Grand Slam defeating Jeong Bo-Kyeong of South Korea in the final. She also made it to the final of the 2017 Paris Grand Slam, but there she lost to Jeong. The two met again in the semi-final of the 2017 Asian Championships where the Mongolian prevailed. In the final, Munkhbat collided with Galbadrakh and won the gold. In the recent 2017 Hohhot Grand Prix, Munkhbat didn't bother to lose weight and fought at -52kg where she lost to Canadian Ecaterina Guica. However, that competition was clearly a practice event for Munkhbat who will surely go back down to U48kg for the 2017 Budapest World Championships.

South Korea's Jeong is a scrappy fighter but won’t be fighting in Budapest; we will miss her all-in action. Kazakhstan's Galbadrakh is a fine fighter but since her good showing at the 2016 Rio Olympics, where she won bronze, she has lost to Munkhbat, Jeong, and Kondo.

Japan's Kondo is a former World Champion with a very strong harai-goshi, which is unusual for a lightweight, and she is very capable on the ground. She sometimes finds difficulty going up against scrappy fighters like Jeong, whom she has fought twice in the past two years and lost on both occasions. She does better against the more upright and technical Munkhbat, against whom she has won three of four exchanges. She lost to Galbadrakh the first time they fought at the beginning of 2016, but in the subsequent two matches they've had last year, it was Kondo who came up out on top.

Argentina's World and Olympic Champion Paula Pareto, who is still in the Top 10 rankings (at No. 6), would be a top contender for the gold, but it doesn't seem like she will be competing in Budapest. Argentina is sending four players to the Worlds and all are male. She did compete twice this year, both times in competitions in South America. So perhaps while she is not exactly retired, she is staying away from major international competitions.

A dark horse is Brazil's Stefanie Arissa Koyama, who was born in Japan and used to compete in domestic competitions there. She has since switched countries and has had some success, winning two Grand Prix gold medals this year. She has never fought any of the main contenders in the -48kg division on the IJF World Tour. Not too many European title contenders in Budapest. Milica NIkolic and Maryan Cherniak have to work hard to reach the best eight. Taciana Cesar (GBS) is the only African high potential judoka, as always.

Hungarian Éva Csernoviczki is European Senior Champion in 2013 and 2014. She won 10 consecutive European medals. The Hungarian won world bronze in 2011. She finished 7th at the Rio Olympic Games. She took a bronze medal at the Grand Prix in Cancun in 2017. She won World silver in 2011.

Russian Irina Dolgova captured a silver medal at the 2017 European Championships in Warsaw. She won silver at the Grand Prix in Hohhot. Last year, No. 4 in the world ranking.

Daria Bilodid of the Ukraine became European Senior Champion in 2017 in Warsaw U48kg. At the age of 16 she is the second youngest female ever. In 2017 she debuted at her first European Open with gold in Prague. She is the daughter of Gennady Bilodid, a former European champion and world medallist.

Check the Stats generator which country dominated this category over history. 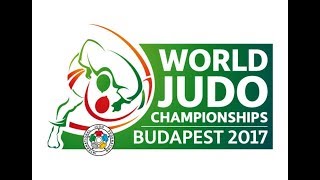