Russian judoka Niyaz Ilyasov registered his country in the gold medal column for the only time in Zagreb as he bested three-time Grand Slam silver medallist Kyle Reyes (CAN) in the U100kg final.

World number 95 Reyes, who has been plagued by injuries, shone in the preliminaries but met his match in the final as the Canadian gave up two scores to the world number 14 who is a talent that Russia could fast-track to the World Championships this year. Both judoka will come away from this final with a lot of positives and will be worth monitoring at Azerbaijan’s first World Judo Championships.

In the first semi-final World Judo Masters bronze medallist Elkhan Mammadov (AZE) was humbled by Reyes who scored ippon with a ko-uchi-gari in golden score. In the second semi-final Ilyasov defeated Iida by ippon with a ko-soto-gari to book his place in the gold medal contest.

The first bronze medal was won by Iida who drove past Belgrade European cup silver medallist Danylo Hutsol (UKR). Japan’s U100kg hope threw with an osoto-gari for ippon with exactly 90 seconds left in the contest as Hutsol finished a respectable fifth in his first appearance in the final block at an IJF event. 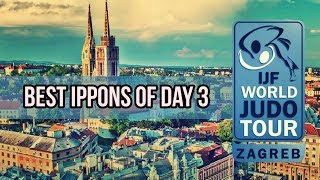 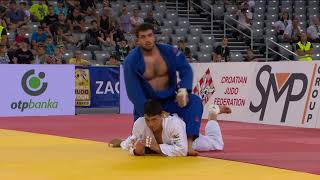 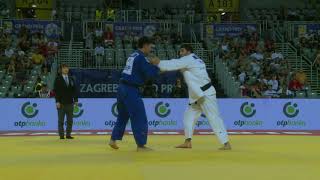