Less than 300 days for the Olympic Games in Rio de Janeiro the IJF World becomes more and more interesting. Not for the top athletes, they just care for good judo and the right peak. Still it’s interesting where the top 8 Olympic athletes were positioned in November 2011. JudoInside filtered the top 8 athletes for you comparable to this Olympic period.

42 athletes weren’t ranked in the top 10 in November 2011, but reached the final block in London2012. Lowest ranked medallist, even finalist was Gemma Gibbons who was #98 at this time in 2011. Other surprises we can remember such as Dae-Nam Song (36. in 2011), An Kum-Ae (43. in 2011). Both were above 30 years which is an argument to say that the older judoka are more stable to peak at the right moment. Think about Grand Slam Abu Dhabi winner Tagir Khaibulaev who’s now 31. The average age of Olympic medallists was 25.5 years, comparable to 2004, older than the medallists in 2008. At the 2011 Grand Prix in Abu Dhabi five later Olympic medallists won a medal, 12 others made it to the top 8, but didn't medal. So they were still hiding in Abu Dhabi.

Even a current fixed value such as Valois-Fortier came up as #29 10 months in advance. All 18 surprise judoka outside the top 10. Who will the new surprise in 275 days.

JudoInside can be a spin doctor for your federation. 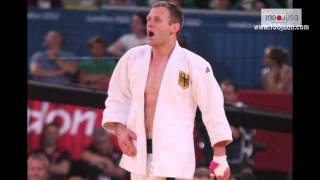