Three times in a row France and Japan are fighting in the World Junior women's teams final, and for the third time in a row the Japanese women take the World title. In the Junior World Team Championships women’s final Japan showed their superiority as they unleashed their best young judoka to defeat France 4-1 in the final. Tomizawa Kana (JPN) bested Gwenaelle Patin (FRA) in the opening contest by a yuko but bronze medallist Sarah Harachi (FRA) restored level terms against world champion Funakubo Haruka (JPN).

Nabekura Nami (JPN) made it 2-1 to Japan by throwing Clemence Eme (FRA) with an uchi-mata for a yuko and then secured the yoko-shiho-gatame.

Aoyagi Remi (JPN) secured the title for Japan by beating Marina Olarte (FRA) after the latter was penalised with a shido as her country’s lead was unassailable. Tomita Wakaba (JPN) defeated Morgane Duchene (FRA) by ippon for a double gold medal and 4-1 scoreline in the final.

Double world champion Tomita (above), 18, said: "I really enjoyed the atmosphere at this event and I felt a lot of support from my teammates and parents who were able to stay until the end of our match before travelling home. In Japan my goal is to earn a selection for the Tokyo Grand Slam and then compete in big international competitions."

The heayvweight, who started judo aged 6, will compete next week at the Kodokan Cup in Chiba and said her "big dream" is to win the Tokyo 2020 Olympic Games.

In the semi-final defending champions Japan beat Germany 4-1 to take their place in the final. Cadet world champion Tomizawa Kana (JPN) defeated Nieke Nordmeyer (GER) to put Japan in front. Junior world champion Funakubo Haruka (JPN) doubled her country’s advantage by holding down Theresa Stoll (GER) on two occasions for 15 seconds each time. Fellow world champion Nabekura Nami (JPN) made it 3-0 as she threw Amelie Stoll (GER) twice with uchi-mata and earned a waza-ari for each effort to clinch Japan’s progression. Lisa Dollinger (GER) pulled one back against Aoyagi Remi (JPN) by a yuko before Tomita Wakaba (JPN) held down Anna Maria Wagner (GER) with a kuzure-kesa-gatame for her second waza-ari.

In the second semi-final France defeated South Korea by the same scoreline as Junior World Championships bronze medallist Astride Gneto (FRA) bested Kim Yihyeon (KOR) on shido penalties to give her country the perfect start. Sarah Harachi (FRA) made it 2-0 with victory against Lee Haeran (KOR) by osaekomi before Gong Seoyoung (KOR) kept her team in the match by beating Clemence Eme (FRA) courtesy of a yuko score. Marina Olarte (FRA) clinched it for France as she defeated Lee Dabin (KOR) and in the heavyweight contest Han Mi Jin (KOR) forfeited her clash against Morgane Duchene (FRA).

The first bronze medallists were the Netherlands who edged out South Korea in a nail-biting match. The Dutch team, who won two medals in the individual competition, came from behind to win the second, third and fourth contests and register a 3-2 victory. The second set of bronze medals were won by Germany as they demolished Kazakhstan 4-1. Germany’s women were too strong for their Kazakh counterparts who earned their only win in the five contests from Anna Starchenko who threw Theresa Stoll (GER) with a sumptuous sasae-tsurikomi-ashi. 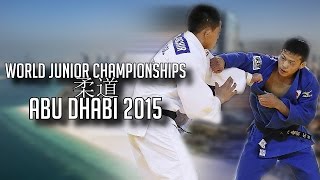 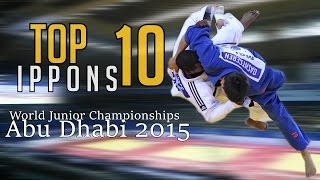 9 Feb 2019 19:50
Five-star Clarisse Agbegnenou has to give it all to Trstenjak
Featured event
African Championships Dakar 2021
5 days
Judo birthday