As expected a spectacular day at the World Championships where the men U81kg battle to hold and get a position on the stage. In that respect the semi finals do not surprise with three out of four medallists of the previous 2014 edition. The only exception is the failure of European champion Ivan Nifontov who missed the boat completely and lost his second match against Korean Lee Seung-Su.

World Champion Avtandili Tchrikishvili won his pool and defeated Sven Maresch in a great match by the German in the quarter final. Maresch couldn’t prevent that Tchrikishvili played a very tactical match.

Takanori Nagase won a heavy pool where Korean Lee was sent to the repechage from the quarter final. Lee defeated Brazilian double Olympic and World medallist Leandro Guilheiro. Nagase impressed with good judo but couldn’t complain about this draw.

Canadian Antoine Valois-Fortier was last year’s finalist, he won the quarter final easily against Duminica of Moldova with an armlock. Still it does surprise that Moldova have began to build up teams in all age categories and are quite far after their main team left to UAE. In the block of Duminica it was Carlos Luz (POR) who defeated Olympic Champion Kim Jae-Bum, but Luz lost to Duminica. Back to Valois-Fortier who survived the strong Alexander Wieczerzak who prevent a Pan American battle for VF with Travis Stevens.

French Loic Pietri was the winner in a pool with Victor Penalber. The Brazilian lost to Pietri but had quite a rough day with victories against Yakhyo Imamov and Sergiu Toma. Imamov defeated Georgian talent Ushangi Margiani. Pietri had an angel on his shoulder in his match against Alexios Ntanatsidis. The Greek led by yuko but had three penalties. In the last second Ntanatsidis got disqualified. The story continues for Pietri against Valois Fortier, whom he beat by 3-1. Tchrikishvili will face a tough match against Nagase Takanori. The Japanese beat him three times. Nagase can be the first ever World Champion of Japan in this weight class.

Avtandili Tchrikishvili is triple European Champion and European Games winner. Avtandil won the World title in 2014 and many European and World titles with Georgia. Flagbearer at the European Games. Followed his uncle who was a fighter and learned his tricks from Georgian wrestling (Chidaoba).

Antoine Valois-Fortier for Canada who won the Olympic Games bronze in London 2012. He won his first IJF Grand Prix in 2015 in Mongolia. Valois-Fortier fought in the 2014 World Championships final against Tchrikishvili. In total he collected over 15 World Cup medals, but also lost 7 of his 9 finals.

Loic Pietri is the 2013 World Champion and bronze medallist in 2014. He won three consecutive European medals. Always competing with Avtandili Tchrikishvili but won European team gold with France in Baku in 2015. He nearly always medals where he starts. Last year he won bronze at the World Championships. 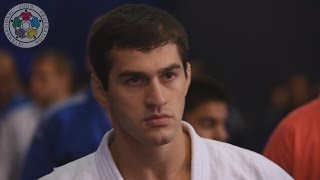 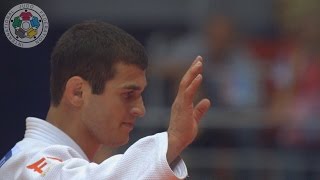 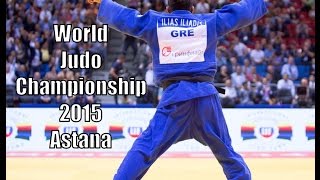