Kerrith Brown, Chairman of British Judo since November 2012, has resigned from the position with effect from the 30 June 2015. Mr Brown made the decision to resign following a series of meetings and communications with the European Judo Union and with the Board of Directors of British Judo.

Brown’s role with the International Mixed Martial Arts Federation has brought him into conflict with both the EJU and IJF regarding their thoughts around the values of MMA. Therefore, in the interests of the British Judo Association, and their future relationships with the International Federations, Brown tendered his resignation to the British Judo Association Board at its meeting today 30 June 2015.

Since his election in November 2012, following the London 2012 Olympic Games, he has overseen some significant changes in the operation of British Judo. He was instrumental in the drive to establish the new Centre of Excellence for the sport at Wolverhampton University, Walsall Campus which has see some major performance improvements in the British Team. He has driven significant governance policy changes, which has seen the organisation move into a much more financially stable and transparent organisation. His innovation, drive and commitment to the sport will be a significant loss to the association.

Kerrith Brown said: “Although I am disappointed that my position of British Judo Association Chairman and involvement with IMMAF has created conflict, I do not wish to create further conflict for British Judo and its athletes.

“Overall, I am happy with the progress we have made at British Judo in the last few years, we now have a Centre of Excellence in Walsall, we are more financially stable and membership is increasing. We have a sound Board and good staff which will continue the progress made to date, I wish the association well for the future.”

The Board of British Judo was unanimous in praise for Browns tenure as Chairman where he has led the organisation to the very strong position as it currently holds. The Board also wished Brown all success in his role within the IMMAF in the future.

As per the Memorandum and Articles of the Association the Vice Chairman Ronnie Saez will take over the as Chairman this will give continuity the leadership of the organisation and allow for due process to take place for the nomination and election of a new Chairman as soon as appropriate. 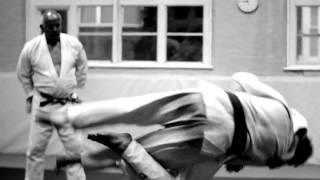 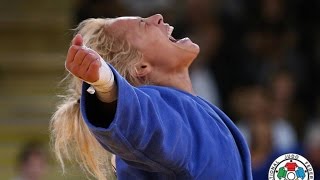