Inside news
Home News Will World Ranking leader Chelsie Giles give herself a birthday present in Portugal?
Back

Will World Ranking leader Chelsie Giles give herself a birthday present in Portugal? On Friday British judoka Chelsie Giles will be competing in the Grand Prix in Portugal in Almada. Chelsie is an up and coming judo star, having achieved a bronze medal at the 2020 Tokyo Olympic Games and becoming the European Champion in 2022. Today she turned 26 years.

In the lead-up to the Grand Prix, Giles has been training hard and is confident going into the competition as the number one seed. The Briton won’t have too much opposition for a top rank in Almada and is poised to win the gold in a field with Sita Kadamboeva (UZB) , Spaniards Lopez Sheriff and Perez Box are outsiders for a spot in the final block, Perez Box might be her semi final opponent.

The roster shows 33 participants in this category U52kg, more than ever before at an international senior event in Portugal. Last year there were 22 players in this division at the Grand Prix. The second edition. Giles is the number one in the IJF World Ranking. She lost to Uta Abe in the World Championships final and to Distria Krasniqi for gold at the Masters. 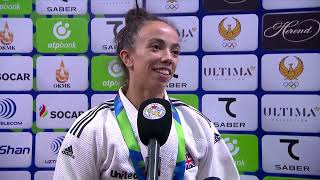 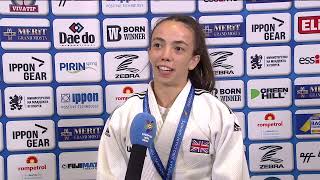 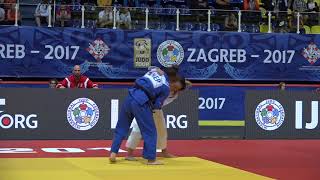