Look at the grid U81kg with Matthias Casse who defends his world title separated from Tato Grigalashvili the current number one seed. It’s an amazing field with 47 men where Grigalashvili might open against Djalo and Ressel is also close. Then Takanori Nagase, the world champion in this same pool for a place among the best four. So they might face in the quarters. The Brazilian revelation Schimidt now against Esposito and in the pool with 2019 World Champion Sagi Muki. The 2018 World Champion Saeid Mollaei is protected on the same side, so it’s a huge pool for a place in the final. On the other side Casse who seems okay. Shamil Borchashvili who took bronze at the Olympics could face Urquiza, not easy but doable. Albayrak has a tough opponent in Dutchman Frank de Wit in a top match in the prelims. Boltaboev is the homeplayer with potential but has Japanese Fujiwara in his pool.

Japan is sending two players in this division, the other being Sotaro Fujiwara, a World silver medallist. Although he doesn’t have the accomplishments of Nagase, who also has a World title in addition to his Olympic gold, he is still a threat to the other three top players mentioned above. At one time or another he has beaten Casse, Mollaei and Grigalashvili.

There is also a dark horse in the form of 20-year-old Lee Joonhwan (KOR) who, fresh out of the junior division, won his first two Grand Slams (in Tbilisi and Ulaanbaatar) this year. Along the way, he defeated Grigalashvili and Nagase, which was really a shocker.

The smart money is on Nagase, who despite being 28-years old already, is still at the peak of his prime. But an underdog like Lee could provide a surprise. JudoCrazy even predicts him in the final.

Speaking about competitive, think about these options as well: Brazilian surprise Guilherme Schimidt, Turkish Vedat Albayrak will certainly be in the top 8 and Belgian Sami Chouchi is still in a good mood for his first World Championships medal. Olympic medallist of Austria Shamil Borchashvili has been kept quiet but will show his real face in Uzbekistan. Homeplayer Sharofiddin Boltaboev will be eager to shine in his own stadium. 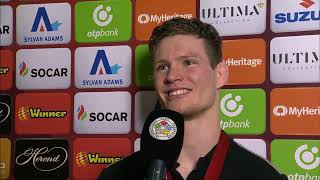 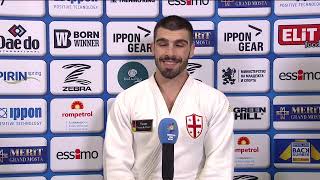 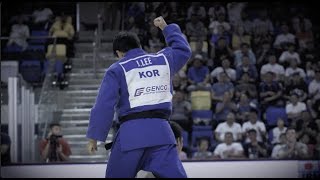