Inside news
Home News Lipo is back! Selected for the European Championships
Back

Lipo is back! Selected for the European Championships Varlam Liparteliani will be selected for the European Championships in April this month. It’s clear, he misses the ambiance of being a top player and still has the desire to another miracle. The Olympic Games are in two years time, why not. Lipo is back!

Most competitors would be happy to have such results but it surely grates with Liparteliani that he’s come so close and yet so far from being an Olympic and World Champion. As they say, a miss is as good as a mile. And he’s missed four times when it mattered most.

Like most Georgians, Liparteliani has strong throwing abilities and he’s able to throw both to the left and to the right. But rather untypical for a Georgian, he also likes to do groundwork. In particular, Liparteliani has an osaekomi turnover which many dub the Lipo Roll where he traps uke’s arm and turns him over using a variety of movements, depending on how uke reacts.

Liparteliani certainly didn’t invent this arm roll technique, which has been used by other players before. Sabrina Filzmoser of Austria, for example, had used this technique extensively. (Speaking of Filzmoser, both she and Liparteliani are on the IJF Athletes’ Commission, led by Sabsi). This arm roll also been used by some Japanese players. So, it wasn’t Liparteliani’s invention, but he has used it so extensively and so successfully that it’s become associated with him.

After years of trying to make it to the top of the podium at the Olympics and the World’s, Liparteliani went for one last hurrah last year, competing in both the Hungary World Championships and the Tokyo Olympics. In Hungary, he lost in the quarterfinal to Aleksander Kukolj of Serbia, a player he had beaten twice before. In Tokyo, he lost in the semifinal to Aaron Wolf of Japan, a player he had once beaten and once lost to.

Perhaps out of frustration, Liparteliani announced his retirement after the Tokyo Games. But now it seems he’s back. According to several sources, he will be competing in the upcoming European Championships at U100kg, alongside drop-seoi-nage specialist Ilia Sulamanidze who is the future. We knew it was itching, Liparteliani was in Paris in December with his club team Abensberg, now he's back for real.

Liparteliani is one of the most popular judokas around and for sure there are many judo fans who will be excited to see Lipo competing again and trying to fulfil his lifelong dream of winning a World or Olympic gold (or both). 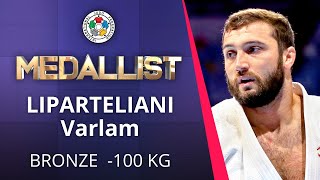 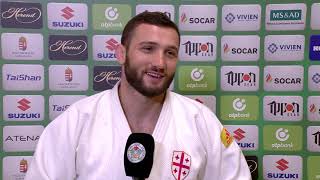 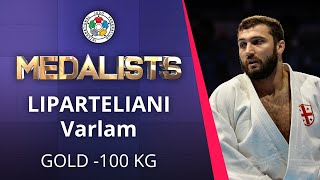