Telma Monteiro cannot be stopped. The Portuguese flagbearer took the European title this year in Lisbon being one of the oldest European Champions. Again she will compete in the IJF World Judo Tour, in this case on the first day in Abu Dhabi where she defeated British Acelya Toprak in the semi final.

In her first contest of the day she overcame Faiza Mokdar of France with a difference of about 15 years and reached the semi final against Toprak.

Monteiro who will turn 36 in December still has the hunger to take medals and in Abu Dhabi she won the title in 2014 and took three medals in total, but couldn’t impress in the last Olympic cycle. This year she is back in her old form and may be one of the medal contenders in a field where also Israelian Timna Nelson Levy will be aiming for gold. Belgian Mina Libeer is in a good shape but will be challenged in a pool with Zueva (RUS), Priscilla Gneto (FRA) and Amelie Stoll (GER).

On the other side of the pool with Monteiro were mainly youngsters and they couldn't handle Monteiro yet. The other finallist is Priscilla Gneto of France, another top experienced fighter and former Olympic medallist like Monteiro. Gneto defeated Timna Nelson Levy of Israel in the semi final. 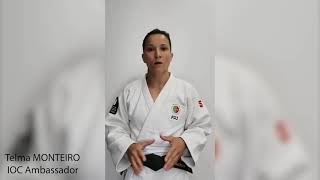 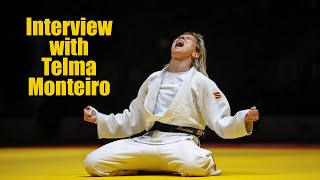 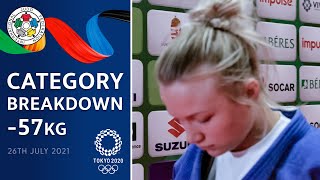