The category U66kg will be interesting at the Grand Slam in Dubai. Baskhuu Yondonperenlei of Mongolia is the number one seed. It will be a class with strong and multiple Ukrainian fighters, Moldovan, Romanians, Russians, Americans, French, Mongolian warriors. Favourites are Yondonperenlei, Aram Grigoryan, Bogdan Iadov, Walide Khyar and for sure Denis Vieru.

Denis Vieru is one of the most exciting fighters on the world circuit at the moment at U66kg. And he’s got a cracking Tai-O-Toshi. And he gets two massive ones in Zagreb, let’s have a little analysis how he does it.

The first one is from a cross grip, and what he does, he feeds this lapel into his hand here, and as this hand comes over to try and grip the lapel here, he comes over the top, and he spins across for the Tai O Toshi, the second one is a little bit different and actually he has his sleeve being pinned. And I pin the opponent’s sleeve here, so both of them have the sleeve.

But what Vieru does is he bends the elbow up here and pops it across, he doesn’t grab hold with the lapel hand at all. He pops it across and he hits the strong hip. Now this is the funny thing about it, is that he doesn’t take the leg right the way across, it’s just arm across, catches him by surprise and then the momentum takes his opponent over. Two really different Tai-O-Toshis, but both very effective. 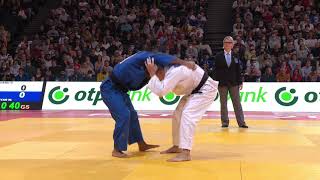 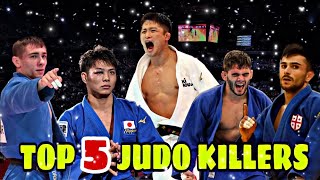