Triple Canadian Olympian and 20212 bronze medallist of London Antoine Valois-Fortier will retire. Canada’s tall and big man has been a trailblazer for Canadian judo. Valois-Fortier competed at six World Championships and claimed a silver medal at the 2014 Worlds in Chelyabinsk and bronze in 2015 in Astana, both in his category U81kg in which he fought for more than a decade. Valois-Fortier was already coaching at the Grand Slam in Paris this year.

Valois-Fortier won 26 World Cup medals including 14 in the IJF World Judo Tour. He won the Grand Prix in Ulaanbaatar in 2015 and the Grand Prix in 2017 in Hohhot, however his main quality was to peak when he had to. The 31-year old Canadian came back with a superb bronze medal at the 2019 World Championships in Tokyo giving him the opportunity to qualify for the Olympic Games where he won his first contest but lost to Russian Alan Khubetsov in the second round finishing ninth. At the Rio Games he reached the last eight but lost to the 2021 Olympic Champion Nagase.

As a youngster he won his first Canadian cadet title in 2005 U73kg but from 2006 he started in his favourite U81kg which he kept until his retirement despite his height for this division. He used his length with his tremendous tai-otoshi and moved on with Canadian youth Championships and qualified for the Junior World Championships in 2008 in Bangkok. He started at World Cup level in 2009 and met with European style of judo despite many battles with Pan American opponents. He fought Emmanuel Lucenti (ARG) more than 10 times and battled heroic fights with Travis Stevens (USA). At the 2012 London Olympic Games he defeated the American for bronze. Travis later reached the Olympic final in 2016 in Rio. In the 2016 final of the Havana Grand Prix Valois-Fortier again defeated Travis Stevens. Stevens was one of the nemesis of Valois Fortier.

Other big fights were with Avtandili Tchrikishvili (GEO) in the World Championships finals in 2014 where he defeated 2013 World Champion Loic Pietri (FRA) in the semi-final. He battled with Pietri a few times as well as great fights for fans with the later World Champion Alexander Wieczerzak (GER). Although another World Champion Saeid Mollaei caught him at the world in 2019, he cam back strongly in the repechage and beat Ressel and Abdelaal to catch the bronze medal in the Budokan.

This year he competed at the IJF World Masters in Doha, the Grand Slam of Tbilisi and the Olympic Games. For sure the experienced Canadian will become an asset to develop judo throughout his country.

Nicolas Gill, Chief Executive Officer and High Performance Director of Judo Canada, decided to pursue his adventure in a very different capacity, one that has always been a central element of his career plan.

Gill: “It was a very well thought out decision. After the Tokyo Olympics, I went through a process of assessment and reflection, and this is what I decided. I had already talked about it several times in the past, and I had made sure my education would allow me to continue working in sport—judo, if possible—so I don’t think anyone was very surprised!” explained Valois-Fortier, who holds a bachelor’s degree in exercise science. 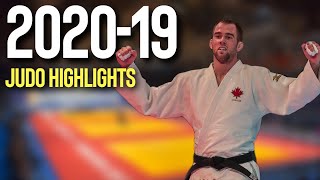 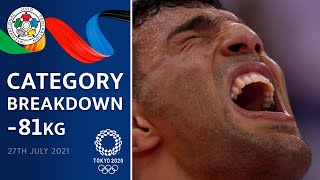 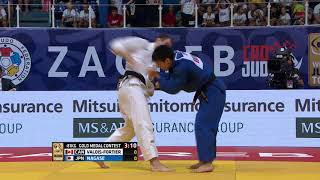