Before the cataclysmic explosion of Tokyo '64, the first seismic shudder struck in the spring of 1961 during the third edition of the World Championships. At Stade Pierre de Coubertin, Geesink completely steamrolled his opponents, including the Japanese, and in the final he dominated the defending champion, Koji Sone. This first stone cast into the Japanese garden was a warning sign three years ahead of the Tokyo Games where, at the host's behest, judo was going to feature on the Olympic program for the very first time. Sixty years ago.

A few months after this breakthrough triumph, the Dutchman twisted the knife in the wound he'd already inflicted, flagging up the overconfidence of his rivals. "I think that the Japanese arrived in France with big heads. They thought they were very, very strong but after the very first fight, we could see that the Japanese judokas were not athletes. They work only in judo, only in technique, whereas we work hard outside judo."

But on top of his outspoken tirade against Japanese judo, the new world champion did not baulk at questioning his own limitations. This self-awareness was another of his strengths. For instance, he was very critical of his performances at Coubertin despite his gold medal. "After this victory," he explained, "I realised that my judo was not yet mature enough, especially when it came to my ground technique. So I went back to work again twice as hard."

Geesink spent three months in Japan at Tenri University in Nara, where he worked uniquely on his Ne-Waza, or ground technique, which he viewed as the judo of the future. Geesink would later write in one of his 11 books that ground technique was considered minor by many Japanese judoka purists. "They are – in my opinion – too romantic with their insistence on deciding the contest by a spectacular throw." It was at Tenri, in the mythical home of judo, that the Dutchman fine-tuned his craft with sweat and hard work alongside some of the best judoka in the world.

In becoming the first non-Japanese athlete to win in any weight-class in a World Championships, you'd have forgiven Geesink for having got a little big-headed himself. After all, the victory made him a national hero: he was paraded through the streets of Utrecht in a convertible and the city even offered to build him an extension on his house for free. For anyone to cope with such attention it required a soul equal in stature to its powerful body. And for Haku Michigami, this was indeed the case: "The attitude of his entourage, which had completely changed, and the excessive attention thrust upon him by the public – all that terrified him. This showed a glimpse of the kind of man he was." 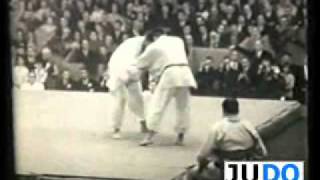 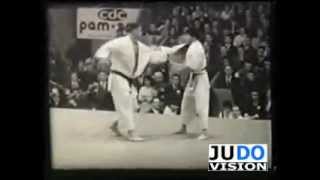 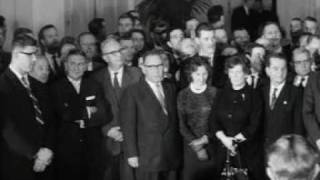