A photo from more than twenty years ago shows Anton Geesink with a group of children he taught. One boy stands out because he is so small and wears glasses. That's Noël van 't End. He will later follow in the footsteps of the legendary Dutchman by becoming world champion in the same hall, the famous Budokan in Tokyo, where Geesink won Olympic gold in 1964. Van 't End also beats an opponent from Japan, the cradle of judo, in the lion's den in the final.

Budokan Hall in Tokyo is the Mecca of judo, a temple erected for the Tokyo Olympic Games of 1964 which will once again host the judo events for the upcoming Summer Games. Two years ahead of this Olympic reunion, the Nippon Budokan, an eye-catching octagonal structure still boasting its original architectural features, was hosting the 2019 World Championships. "When I entered the Budokan," Van 't End recalls, "there were posters of Anton Geesink everywhere. I could almost feel his presence, like vibrations. So, before each fight, I asked him to help me. Especially before the final."

When he took to the tatami with a World Championship gold medal at stake, Van 't End was following in the trailblazing footsteps of his compatriot Geesink. 35 years on, he, too, was facing a Japanese judoka in front of an expectant home crowd.

“I closed my eyes and asked Anton for help one more time, to beat a Japanese guy in the final, just like he did.”

In defeating Shoichiro Mukai, Noël van 't End won the Netherlands a first world title in 10 years. He remains convinced to this day that he was carried by the spirit of the legend from Utrecht. "Anton was here with me, the whole day," he says.

This time round, when Van 't End won gold, Japan did not shed a tear. While it remains the leading nation in world judo, it has at least learned to share the spoils. Mukai's defeat on home soil was a disappointment but not a national drama. But during the Tokyo Olympics 55 years previously, it was a different story. Back then, one man – albeit a man of Anton Geesink's towering stature – managed to bring a whole country to its knees.

In "Superman" Noël van 't End talks about the grueling and long road to ultimate success that first led him through many defeats and other setbacks. Even less than a year before he took the world title on August 29, 2019, he was still at the lowest point of his judo career and was thinking of quitting. Now he is full of confidence and his next goal is of course to become Olympic Champion in Tokyo 2021 and will skip the World Champiomships in Budapest. 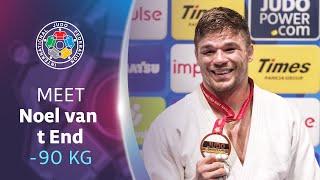 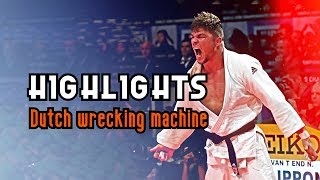 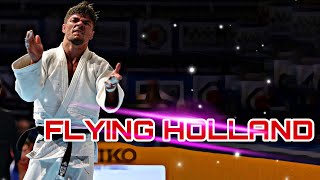