Turkey took gold medal at the Grand Slam in Antalya but can be mainly proud of organising an IJF Word Tour event for the eighth time. Led by the enigmatic President of the Turkish Judo Federation Sezer Huysuz the IJF team was able to talk about his role in the growth of Judo throughout the nation. Huysuz competed at European and World Championships and the Beijing Olympic Games in 2008. He won a few World Cups and was multiple Turkish champion In 2016 he became President of the Turkish Judo Federation.

Huysuz “Life sometimes pushes people to unexpected places. My adventure as a President has developed so fast...But, If you asked me today, I would choose the life of a sportsman. Maybe I’ll grow into life as President in the future… But, I wish I could remain an athlete myself and still help other athletes.”

Of course, our hearts wish our own athletes to win. I can’t sit calmly, I share the excitement, and sometimes I want to add more excitement to push them to compete more ambitiously

Sharing this passion with them is important to me. We have been organizing IJF events for 8 years, except for last year when we couldn’t. This year, we are organizing the event with the great support of the IJF President Marius Vizer

Turkey can run these high level events, because of effective advertisement and live broadcast on television. This way, these tournaments appeal to more children and those children try to work harder because they want to be able to take part in such tournaments one day

Social media and advertisement has become very important for us because live broadcasts introduced judo to people who knew nothing about judo before, this is one of the best aspects of these tournaments for us.

This year 93 countries and around 500 athletes will compete so it won't be an easy tournament. But whilst people cannot move comfortably during the pandemic, together with the IJF we show the world how we can make this event happen.

The pandemic affected our athletes as well as athletes all over the world. I can understand the hardship, although we are very good physically, we are going through a very difficult period psychologically.

But the pandemic will end. Life will return to normal and our competitiveness will be even greater. We aim to win two medals in this Olympics, but our main goal is the great success we will achieve in Paris in 2024. No one should be surprised when our team achieves great success in 2024.

I love judo very much. I am in my 33rd year in Judo. I feel the same emotions and same passion as our athletes. I train together with them all the time. Because I do not like sitting around..

I’m excited because I am sure we will win an Olympic medal in Tokyo and in 2024 we will win even more! 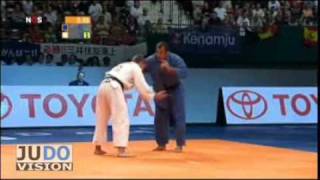 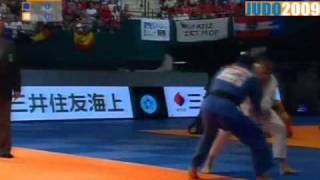 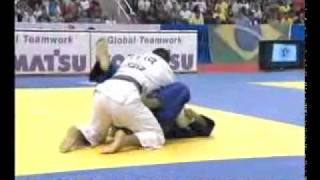