This week Dutch lightweight Tornike Tsjkadoea is absent at the European Championships in Lisbon due to a corona infection. Tsjkadoea fought few weeks ago in his second country Georgia and started well but walked away with fifth place at the doubtful COVID circumstances in advance of the Tbilisi Grand Slam. For Tsjkadoea a good finger practice but not on the podium place like the Masters in Doh in January this year.

His parents fled from the former Soviet Union in the early 1990s due to the political situation. The 24-year-old judoka from the Netherlands was born in a Dutch refugee center. His family still lives in Georgia.

Tsjkadoea was the only judo player to have competed on behalf of the Netherlands in the Grand Slam tournament in the Georgian capital, Tbilisi, and was not caught by COVID-19 as many athletes got infected in the training camp or tournament.

“They know who I am in Georgia,” says Tsjkadoea, who has already obtained a ticket to Tokyo. Judo is a premier national sport there, as is football in the Netherlands. Martial arts is part of the culture. My matches are regularly broadcast live on television. In Georgia they see me as a Georgian judo player who plays for the Netherlands.

The 12th person in the world in the lightweight category sees it differently, although he feels warm feelings when he thinks of the Netherlands and Georgia. After his birth, Tsjkadoea stayed at an asylum seekers’ center in Leeuwarden for four years, but he can’t remember much of that time. The first memories go back to the moment he moved to the province of Friesland, in the north, with his parents and sister.

With a judo teacher as a father, the sport for young Tsjkadoea was soon established. At home he had a judo doll to play with and soon afterwards he became a member of the local association of the Frisian Village. “I didn’t really like it, but I was really good at it,” said Tsjkadoea, who was raised in two languages.

In his way of judo, he deviated from that of other Dutch judo players. Where they focused primarily on technique and tactics, Tsjkadoea inherited fighting as a type of wrestler, and Georgian judoka is also taught. “In the Netherlands, there is more interest in how to control your opponent the right way and keep him away from you, while Georgian judo players prefer physical fights.”

Over the years, the 2016 European Junior Championships have put their own spin on it, combining the best of both worlds. Although this is not the only reason why judoka, which has long held the title “lazy,” has made huge leaps in the rankings in recent years. He came to live like a great athlete; He pays more attention to his diet and goes to bed early.

Tsjkadoea is the only male judo player who can represent the Netherlands in a weight class up to 73 kg, although there is a good chance he will have to compete against someone who is heavier than him. Unlike many Asian countries, the Netherlands has few high-ranking light Judo players. This is not surprising with an above average population. The 1.63m Tsjkadoea with Georgian roots is a welcome exception.

At first it was unfavorable because I have few good sparring partners to train with. But nowadays, there are more and more Papendal judo players who have to go to the extreme and who are making me better. I also regularly travel abroad to measure myself there with other light weights.

On average, he travels once or twice a year to his parent’s country, which he says is his second home. To train or to celebrate a holiday. But the idea of ​​appearing as a judo for crazy Georgia judo instead of Holland was never a serious consideration for him.

Tsjkadoea: I was born here and I owe a lot to the Netherlands. All my friends live here and life in Holland is better than Georgia anyway. Moreover, international rules state that you are not permitted to practice judo for three years if you want to compete for another country as judo.

Therefore, after Ruben Houkes’ bronze medal at the 2008 Beijing Olympics, he could become the first Dutchman to win an Olympic medal as a lightweight. “I’m going to the games to be an Olympic champion,” says Tsjkadoea. I’m sure of one thing: if he succeeds, he’ll be partying in both Holland and Georgia. 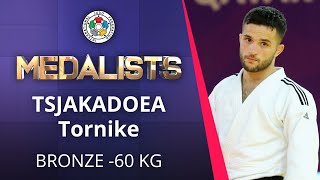 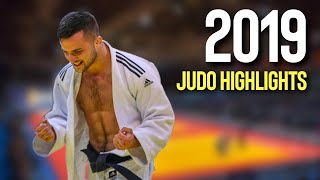 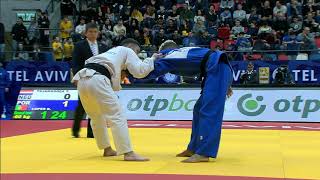