The IJF World Tour sees many coaches who were former top athletes in the past. When you talk with Tomoko Fukumi, you realise immediately that she is totally embedded in her mission as a coach. Fukumi became World Champion in 2009 in Rotterdam and won silver in 2010 and 2011.

Fukumi was number 1 of the IJF World Ranking for seniors U48kg from 2009-2012. Being an athlete was like another era. She moved on and today she is totally dedicated to her role and what she wants above all is to transmit her experience. Today in both three women’s categories there is a Japanese woman in the final.

Today she is one of the coaches of the Japanese women’s team. Talking about her goal as a coach she explains, "Our goal is simple: it is to do our best! With the Covid situation we have restrictions and difficulty around practice, both at home and accessing training camps abroad, but our main objective remains to practise as much as possible and of course to win."

Talking about the presence of the Japanese team in Tashkent, she also added, "Maybe it is one of the last competitions for some players before the Olympic Games. Some of them will do more competitions but others will do some training only. What I can tell you is that Abe Uta is super excited to be here and to be ready for the Tokyo Olympics at home. We brought a team here to compete and improve their judo and adjust the last details before Olympic Games." 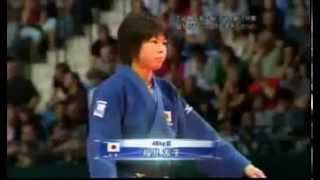 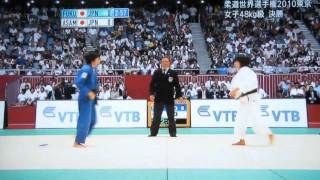 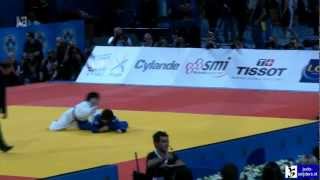