In four of the five weight categories at the first day of the Grand Slam in Tashkent there is a Japanese contender. The Japanese athletes are performing at top level again and the preliminaries were a delight for the eyes. They Japanese team came with 11 athletes and none of the four athletes today have lost a match.

Abe Uta is making a return to the World Judo Tour. After several months without appearing on the world circuit, the current world number three and reigning world champion will be seeded number one in the grand slam is in the final U52kg against Sosorbaram Lkhagvasuren of Mongolia. Abe defeated Larissa Pimenta in the semi final.

There’s still a race for Olympic qualification for Serbia. At U48kg both Serbians, Milica Nikolic and Andrea Stojadinov reached the final block and both going for bronze. Both are looking for their first participation in an Olympic Games. Nikolic will fight Laura Martinez (ESP) and Stojadinov will be opposed to Francesca Giorda (ITA). Urantsetseg Munkhbat (MGL) qualified for the final in Tashkent against Natsumi Tsunoda of Japan. 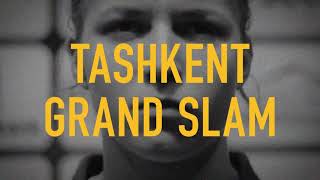 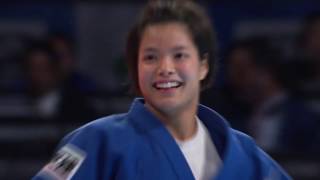