After representing Canada for twelve years on the international judo stage, Kelita Zupancic has retired from her athletic career. Although the decision was not an easy one, Zupancic has plenty of exciting new projects to look forward to in the next chapter of her life. Recently Sally Conway and Alice Schlesinger retired as well as last year’s decisions of Ami Kondo, Kathrin Unterwurzacher, Riki Nakaya, Dirk van Tichelt, Laura Vargas Koch among others.

Her official retirement took place on September 1, the date she was scheduled to resume training in preparation for an eventual return to judo competition.

“It was heartbreaking! I’ve been doing this full-time for 12 years, but it was getting harder and harder on my body. I love judo as much as ever, but I no longer felt as passionate about it. It was time for me to move on and make way for the next generation,” she explained.

Despite her heart-wrenching decision, the judoka from North York has had lots of happy news to share over the past year. Last summer, she married her long-time partner, American judoka Travis Stevens, and the delighted couple are now expecting a baby—a little girl due in July. “Travis and I have been ready for a while now and we’re really excited to be on this new adventure together. It’s a dream come true for both of us.”

Zupancic has been practicing judo since she was five years old, and she expected to compete in her third Olympic Games in 2020. However, the postponement of the Games and the outbreak of the COVID-19 pandemic led her to alter her priorities. Over the course of her career, the Ontarian has left her mark on the judo world: Two Olympic Games (London 2012 and Rio 2016), where she placed ninth and seventh respectively in the under-70 kg category; five IJF World Championships, with a personal best seventh-place finish in 2014; and a combined total of 24 international Grand Slam and Grand Prix medals.

Zupancic also had great success at the numerous Pan American Championships she attended, winning a total of seven medals, including gold in 2010, 2013 and 2015. Also in 2015, she was crowned champion in front of the hometown Toronto crowd at the Pan American Games.

“I feel very accomplished as an athlete and I’m proud of my career! I was able to pursue my passion for many years and make my sports dreams come true. I’ve been very fortunate and I’m happy to end my career on a positive note,” she said, a tremor in her voice.

And the icing on the cake: Zupancic met the “love of her life,” Travis Stevens, through judo. The two judokas met at a competition shortly after the London Olympics and have been together ever since. “Judo has really given me a lot, including my wonderful partner. I feel very fulfilled and I couldn’t ask for more,” she said.

Never far from the dojo

Although she has retired as an athlete, Zupancic insists that she’ll stick close to the tatamis. In addition to pursuing her new coaching career, she will continue to promote the sport in Canada and the US along with Stevens, who won a silver medal at the Rio Olympics.

Often accompanied by her dogs Trapper and Snow, every day Zupancic heads to the Boston dojo where she and Stevens have been members for the past few years, to teach her favourite sport to the next generation of judokas. 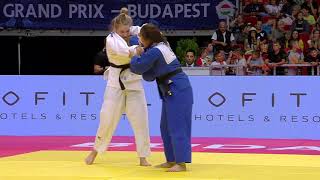 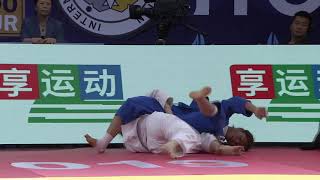 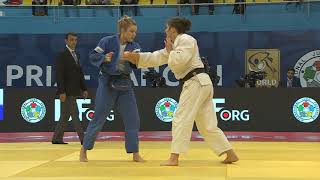