At the Olympic Games in Rio, two Olympic Refugee athletes participated in judo. For the Tokyo Olympic Games Olympic Solidarity is currently supporting 55 Refugee Athlete Scholarship-Holders, who are training in the hope of competing at Tokyo 2020 this summer. They come from 13 countries and are hosted by 21 National Olympic Committees (NOCs) across all 5 continents, representing 12 sports.

Introducing the refugee team was a huge success for judo and the IJF and generated lots of media attention. The judo for peace project of the IJF has been very active in this Olympic cycle and the project developed with lots of stories, new athletes, media attention and initiatives to support athletes from countries at war or athletes in a difficult situation.

Since Rio 2016, Olympic Solidarity has invested more than USD 2 million in support of refugee Olympic scholarship-holders preparing for the Olympic Games. A refugee team participated at the Grand Prix in Budapest in 2019.

The composition of the Refugee Olympic Team for Tokyo 2020 will be based on a number of criteria including, first and foremost, each athlete’s sporting performance and their refugee status as confirmed by the UN Refugee Agency (UNHCR). Personal background, as well as a balanced representation in terms of sport, gender and regions, will also be considered.

The composition of the Refugee Olympic Team will be decided by the IOC EB at its meeting in June 2021. Members of the team will be invited by the IOC to compete at the Olympic Games Tokyo 2020.

Currently, 200,000 young people in six countries are benefiting from sports programmes designed to improve their well-being and social inclusion.

The goal of the Olympic Refugee Foundation is to provide one million young people affected by displacement with access to sport by 2024. 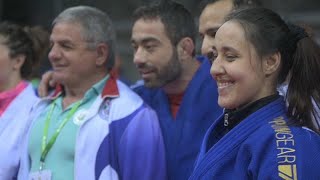 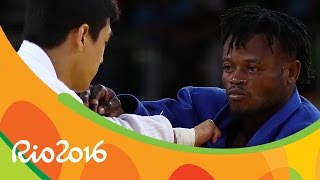 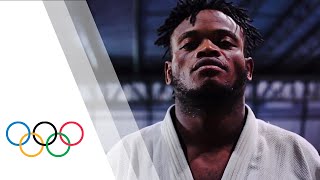