Israelian judo idol and world number two Peter Paltchik was the favourite for the title. He is on form for more than a year but is most over a human being, he can make mistakes, but is still growing as an athlete and delivers at most of the events. Paltchik delivered again in Tel Aviv but it went a bit different as his ideal outcome.

In the final Paltchik was opposed to Dutchman Michael Korrel who made his comeback at a Grand Slam. They asserted their stripes in a gentle, uncomplicated manner. The two judoka imposed their judo in all the fights of the day and reached the final with total normality.

In general Korrel is more aggressive, with a very offensive attitude. Paltchik is more refined, powerful but neater. It was a clash of enormous intensity that reached golden score. They each had two shidos and Korrel didn't seem at all distracted by the atmosphere. Calm and confident, he finished the job with a waza-ari, dashing Paltchik's hopes of winning twice in a row at home.

"I summarise my journey in a few words," Korrel told us later. “I am back on track.”

The world number one Varlam Liparteliani (GEO) and the current world champion Jorge Fonseca (POR) did not travel to Israel, nor the fourth in the world ranking Cho Guham (KOR).

The Georgian team did not bring all of their stars to Israel, but they have a quarry that seems limitless despite the size of the country. It is a team so attached to judo that it always aspires to achieve medals in any competition and, before fighting for bronze, it had already won a gold and a bronze at -90kg and had another bronze guaranteed. The same can be said of Azerbaijan and, as for Russia, the largest country on earth, is a historical judo power. With such credentials, medals, even bronze, were expensive. The first flew to Russia with the magnificent Iliasov. Logically, the second set course for Tbilisi, hanging from Sulamanidze's neck. Georgia thus continued its harvest of medals.

Israel wasn't able to break the record of three gold medals as Paltchik and Gili Cohen couldn't win their finals. On Thursday Timna Nelson Levy captured the gold medal U57kg. Israel finished third in the medal ranking with four medals including the bronze for Tohar Butbul. Potential gold medallists as Sagi Muki and Baruch Shmailov go back to the drawing table, but not in panic. Israelian judo is still progressing very well. 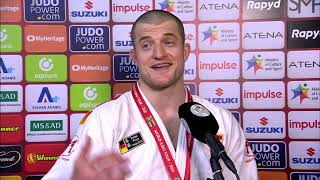 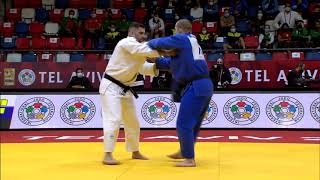 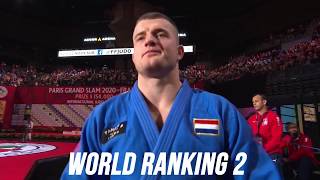