As head coach, Kosei Inoue, now 42, led the Japan men’s national judo team to win medals in all weight divisions at the Rio de Janeiro Summer Olympics in 2016. The 2020 Olympic Games in Tokyo were supposed to be a world wide sports party but it was rudely spoiled by the corona virus.

His own Olympic experience began at the 2000 Sydney Summer Olympics, where with his dynamic uchi-mata (inner thigh throw) technique as his preferred weapon, he led the heavyweight division with inspiring wins in every match (all by ippon). He earned the gold medal in the 100-kg weight class, and in a break from the usual norms, carried a photograph of his recently-deceased mother onto the podium.

Serving as the head national coach of the men’s judo team for this summer’s Tokyo Olympics was to be the pinnacle of your career. But the games have been postponed for a year due to the coronavirus pandemic. What has this meant for you and the Japanese team?

The Olympics are a celebration of sports that happens once every four years. Athletes had been preparing in anticipation of July 25th, the start of competition.

Yet, the Olympics are intended to be a forum where athletes can perform to their full potential in a safe, secure and fair environment. I hope the state of the world will change in the next year so that can happen.

Right now, it’s hard to do any focused activities. I do think that there will be a gap after the present state of affairs is over, between those who tried to do at least a minimum amount of training in both physical strengthening and technique, and those who did not.

I’ve been thinking about what we can do within the context of the current limitations on our activities. Some athletes are studying and analyzing videos. While it’s difficult to work on maximizing their own techniques and abilities, as they had done before the crisis, each athlete must engage in risk management, to keep the negative impacts to a minimum.

Out of this, I believe that in the future, the ability to respond to any situation you find yourself in, and to overcome it, will be an absolutely necessary trait.

Even though the inspirational performances of the athletes are inaccessible to us right now, do you feel there is still a role for sports to play at this time?

While being able to perform at one’s best is first and foremost in competition, it is important to remember that sports can impact other areas.

It’s the same for judo. I’ve recently noticed many leading athletes in the sport actively posting their stories and training methods on social media sites. I think they are discovering new values and new potential of sports that wasn’t there before. 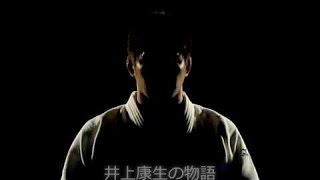 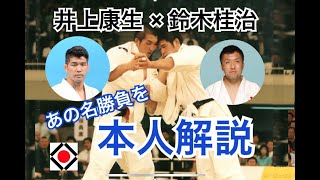 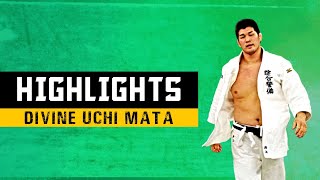