With great sadness, Judo Canada has been informed about the passing of the legendary athlete Doug Rogers at the age of 79 years. As one of Judo Canada’s hero of the tatamis, Doug Rogers (right in the picture) was inducted as an athlete into Judo Canada’s Hall of Fame in 1996 for outstanding national and international achievements as a member of Canada’s National Judo Team. One of his many accomplishments include winning the first Olympic medal for Judo in Canada.

Canadian judoka Douglas Rogers was 1965 World Championships bronze medallist and multiple Canadian champion and Pan American champion in 1965 as heavyweight judoka. Rogers, who was Canada’s first Olympic medallist in 1964, received his seventh Dan for meritorious contribution at a gala in 2017. Moved to tears from the first moments of the tribute, the 1964 Olympic silver medallist expressed his gratitude for the honour that was bestowed on him. Now it is our time to pay our respect for Douglas Rogers who also competed at the 1972 Olympic Games in Munich.

Rogers at the 1964 Games, review of the final

Rogers proved his mettle by disappointing the Kuma whose first cautious entries with ouchi-gari were useless. Rogers knew that Inokuma wanted to use his seoi-nage and tai-otoshi and that the ouchi-gari was only bait. Head-to-head Rogers gave away with the attack and tried his own uchimata attempts that also were useless against the rock-like defence of Inokuma. The Japanese is always aggressive and was stalking forward; Rogers was loose and deceptively supple as he worked alert for the seoinage and tai-otoshi which he knew must come. Rogers confident of being superior in katame situations where his 75-pound weight advantage would be an asset, tried valiantly to bring the Kuma to the mat to no avail. Inokuma’s tai-otoshi blasted in against Rogers….. The Canadian stepped over but was spilled outside the mat. Another tai-otoshi and Rogers toppled, turned over and was on his way…. The mat ran out and fortunately for Rogers, no score. With Inokuma seeming to have the same trouble as a beginner in ping-pong who can’t keep the ball on the table, Inokuma got Rogers somewhat defensive. Rogers made one wicked ashi-barai attempt that must have given the first row official pneumonia from its breeze, as Rogers worked the Kuma into a corner strangely reminiscent of the Kiknadze incident and got himself dumped nicely with a pure ippon-seoi-nage that only the Kuma can bring off. A bang and a crash as Rogers flirted with fate or lady luck and went off the mat again. At the bell, Inokuma was awarded a clear decision and the roof came off the Budokan. Both Judoka are extremely popular with the public and as they embraced in the manner of sporting friendship, the audience howled their approval. Inokuma thus brought Japan its third Olympic Judo gold medal, Rogers took silver for Canada, the first of five Olympic medals for Canada.

Read the full way to the final at JudoCanada's blog. 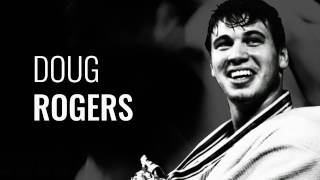 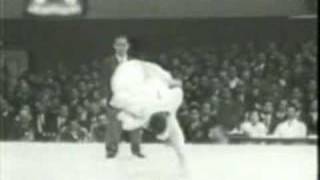