When the EYOF was organized in 1993, you could already discover a lot of judo talent. That edition was organized in The Netherlands and JudoInside was present as a journalist to watch the talents of 15-16 years young. Names like Karina Bryant (GBR), Georgi Georgiev (BUL), Daria’s father Gennady Bilodid, Kenji Uematsu and UK’s Winston Gordon who fought U78kg where a somewhat small guy from Estonia won the gold medal: Aleksei Budolin.

Two years later at the European Junior Championships the younger brother of Dmitri Budolin, Aleksei shone as a youngster..He didn’t surprise me anymore, he won the title in Valladolid (ESP) and repeated his dominance in Monte Carlo in 1996. That ’96 generation won the Olympic medals in the next years with Budolin, Alexander Mikhailin, Georgi Georgiev, Giuseppe Maddaloni, Nuno Delgado, Edith Bosch, Karina Bryant.

Soon Budolin stepped up to senior level and snatched medals at the Tournoi de Paris and European Championships. At the age of 24 he won the first Olympic medal ever for his country Estonia. He took bronze U81kg. The next year was HIS year.

Judoinside caught up with judo Aleksei Budolin, to ask him the intriguing question.

“If you could live one day from your competitive judo life again, exactly as it happened, with no changes. Which day would you choose and why?”

2001 was the best year of my sporting life.  I was 25 years old and at my peak, at the top of my game. After years of dedication, I was in the upper echelon. Give me the whole year from January to December and I wouldn’t change a thing.

Every match I participated in I won, from the Estonian Championships at the start of the year, all the way through to the first ever Moscow Grand Prix in December, every match that is barring one.

Each match I’d dominated, except the Final of the World Championships in Munich, against the smart Korean In-Chul Cho. Despite it being my only blemish on a pristine calendar, I’d like to go back and relive this day.

I was two shidos ahead, It was going well, a year earlier I had lost to him at the Sydney Olympics on penalties, I was looking to settle the score.

In this match I was in such a hurry that he tricked me, a moments lack of concentration and he caught me for Ippon.

I had mixed feelings. I’d beaten Kenzo Nakamura in the semi-final and came into this match with high hopes, I felt loose, and confident.

I couldn’t believe I’d lost, but this day taught me an important lesson. In any competitive pursuit, you must stay alert, stay focused till the last second of the match. This loss left me hungry, there was a sense of unfinished business. This motivated me to set new goals for the future.

None of which is the reason why I choose this day to re-live this day. There was a reason why I was hurrying in that final match. That day was the due date for my wife IIona, to give birth to our first child.

This knowledge inspired me and gave me strength, but it was on my mind, I was worried I would miss it. Fortunately my girls waited for me.

I’ve always believed in balance in life. Some days you win, some you lose.

I never became World Champion that day but I became a father.

In a year of big tournament victories, from Prague and Warsaw to Paris and Moscow, there was only that match in Munich.

The birth of my daughter more than made up for it.

In 2003 Aleksei captured his second World medal and won his last match for bronze. In 2017 he became head coach for Switzerland 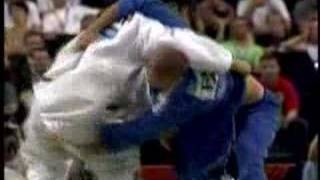 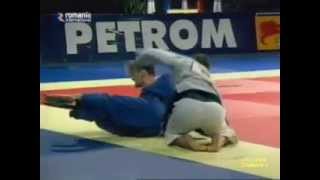 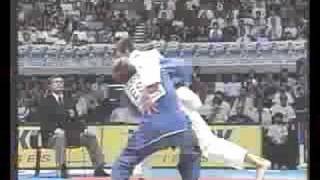