In a glorious decade fighting for Argentina, the country of her birth, Daniela Krukower -63kg achieved 8 Continental Championship medals, two of them Gold, the pinnacle being her World Championship victory in Osaka 2003. As a young girl Daniela’s family moved from Buenos Aires to Israel, where she took her first steps on her judo journey. She excelled at the sport and was soon representing her country in International tournaments. Tody is Daniela's birthday.

Judoinside contacted Daniela to ask her.

With so many great experiences from a life of judo.

I would like to go back to September 12th 2003, to the World Championships in Osaka.

That year I’d won the British Open in April, and the Pan American Championships in Salvador Brazil.

On the morning of the competition, I arrived at the weigh in’s early, then returned to the hotel to have breakfast and prepare for the day ahead.

The brackets were drawn, I was in Pool A. It was a tough lot. Three of them going on to become Olympic Champions.

Ayumi Tanimoto for Japan in Beijing 2008 while both Urska Zolnir and Lucie Decosse took Olympic Gold in London, in different weight categories, for Slovenia and France respectively. Lucie having taken silver in Beijing too.

Zolnir beat Dutch woman Danielle Vriezema, in the only first round match of our group. The rest of us all had byes.

I had to wait an age for my opening contest against Urska, whose bout with Danielle was a long drawn out affair which proved a portent of things to come.

At any second either one of us could win or lose. With a long day ahead of me, it wasn’t what I needed to open my account.

Having beaten the young Slovenian, next up for me was Lucie Decosse who had just disposed of my fellow South American Miriam Ruiz of Mexico.

Lucie would go on to have an incredible career, Olympic Champion in London, Olympic Silver medalist in Beijing, amassing three World Championship victories along the way.

I was familiar with Lucie Decosse and felt I had the strategy to beat her. I led with Koka but at one point was caught in Osaekomi, it could easily have gone her way, I felt stronger and managed to escape. Going on to score and despatch her with my Uchi mata.

I progressed into the quarterfinals against Czech Danus Zdenkova who arrived having beaten Japan’s Ayumi Tanimoto.

Once again no pushover. I was focused, my concentration was on point. Once more it was an edge of seat battle. I tried a few Uchi matas and she returned the favour with a few of her own.

I eventually scored twice and won the contest.

I was in the semi finals. With time on my hands and nothing to do but wait, I emailed my coach in Argentina who was hankering for some news.

Todays players are spoiled, back then there were no live feeds, no simultaneous broadcasts. Any news had to be relayed by the athletes to the folks waiting at home.

I couldn’t wait to give her the news, I was still in the running. Then I rested for the final block.

My semi final was against Ylenia Scapin of Italy. I knew how to fight her as we had met in the final of the Barcelona Open, before the Castelldelfels camp.

Although I threw with Uchi mata she had won that day, this time would be different. I thought I had her number.

Once again it was a tussle, I thought I had lost, then I heard a sound growing from the crowd. “Daniela, Daniela,” the Japanese and Israeli’s were chanting my name. I looked at the scoreboard and couldn’t believe it. I’d won.

I was into the final.

In the Gold medal match I was up against Driulis Gonzalez of Cuba. She was incredibly strong and had beaten me before at the PanAm Games, once again I knew who I was dealing with, and I went out and beat her with Ippon.

That whole day was magical. At the start I was not one of the favourites. I was in a Flow state and I Flew, all the way to the top of the podium.

I was euphoric. There is no feeling like it. 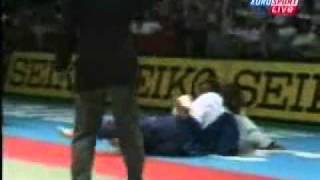 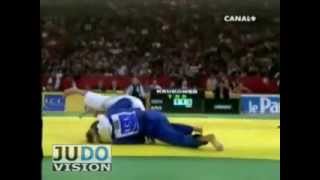 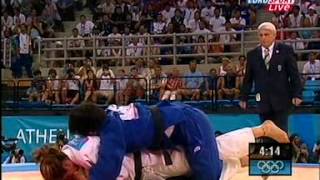