At the 2019 World Championships in Tokyo Swedish heavyweight Joakim Dvärby showed that he is a real fighter when he continued fighting despite a broken ankle in his previous fight. Joakim Dvärby wants to earn his place in the Olympic village and is well on the way to fulfil his dream. Dvärby talked to Diana Suess about the 2016 Olympic qualification, fighting in the home country of judo and his weight class change. “I want to make it to the Olympics myself and not just as a training partner”

Dvärby: “It was a hard time because in U90kg. I was all alone for two years and then Marcus Nyman did his comeback and for me it felt good because I was in a competition. But then I had my injuries and I started to go down in the ranking, and he started to go up. It was really a stressful time because he is a good friend but also you want to be the top player. After Rio, it was a harder qualification period so then I thought I really want to make it to the Olympics myself and not just as a training partner, so that was what kept me going. I feel like I was in the race for the last Olympics and now I really want to take that spot."

"I think it is an advantage that I have been to the Rio Olympics as a training partner because I already know what the Olympics are all about. But I also think that you should seize the moment and to really be there. You work too long for finally being there to just be too focused.”

Dvärby: “I have a really good feeling in Tokyo most times. Sweden never took a medal at the Tokyo/Osaka Grand Slam until 2018 and, I was so close. Every year I thought I will get the medal, the first medal for Sweden. In 2018 both Tommy Macias and Anna Bernholm medalled there. It was really cool for them but now I really wanted to get my medal the next day but again it was a fifth place. I don’t know why but I think it’s such a big competition obviously I always want to give my best but with that atmosphere it’s maybe easier to find the motivation to really fight for it. That’s why I was happy that the World Championships were held in Tokyo… well I broke my leg but besides this it has been really good. It is so frustrating when you know that you are able to get the medal but then you don’t.”

Dvärby: “The difference between U90 and U100 for me is that I don’t have to cut too much weight anymore. I said after the 2016 Olympic cycle that with so many competitions and so much weight cutting that if I’m continuing with Judo, I have to do something about the weight cutting. So now going to a competition doesn’t take so much energy from me. One of my best competitions was The Hague, I just went there the day of the weight in. I did my weight and fought the day after. There was no long flight and only a short stay, so it was a completely different pressure on the body than competing in Japan.

Now my body is fine and I’m in a good shape I just have to get into the right mindset. It is strange when you start to win you often win several competitions in a row and if you lose it’s the same, but now it has been to many fights I lost first or second round. Maybe after the break it can be a new start, because everybody is on the same page.” 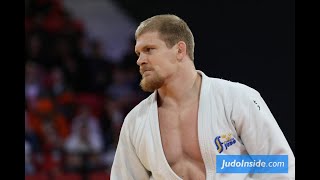 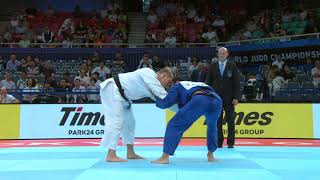 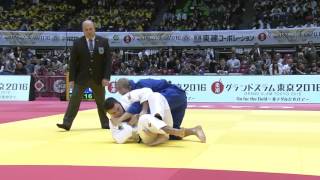 27 May 2018 15:05
GuHam Cho builds momentum towards the World Championships