While he competed under the Union Jack at the Olympic Games in Rio, Ben Fletcher will display the Irish tricolour at the Olympic Games in Tokyo next year. The heavyweight is the first Irish judoka to win a Grand Prix gold medal and a Grand Slam medal and could add "the first Olympic medal in judo for Ireland" to this list. In addition to his reasons for the change, Ben Fletcher spoke with Diana Suess about his relationship with his similarly successful sister Megan Fletcher (U70) and his 2016 Olympic experience.

Fletcher: “I’ve always been half British and half Irish and after the Rio Olympics British Judo made a change and everybody had to relocate to the High-Performance Centre in the midlands. I’ve moved to my training base in Bath a long time before that and was just really settled and really rated my coach and my training environment. But if you didn’t move you weren’t selected for any tournaments and wouldn’t be funded. So, I tried to make it work for a year and tried to work and find ways to make ends meet but it didn’t work out. You just end up somewhere in the middle. There is a phrase; “If you try to catch two rabbits you end up with neither”. So, after I year I was still the highest ranked British man at that time, and I didn’t want to be difficult, but I just wanted to say “look what I’m doing in Bath is working and I really want to stay here. Is there some sort of deal we can come to?” and they said no either you self-fund or move to Walsall. I proposed I could fight for Ireland and British Judo were really good to me and they allowed me to leave.

After that I could really focus and concentrate on Judo, I’ve always been motivated to do well but when you change country you feel a big motivation to do well for your new country but also to prove to yourself that you have done the right thing. It all ended up pretty well so far. I was really happy to have some success straight away to show to the people in Ireland that I am a good Judoka and it filled me with pride listen to the Irish national anthem. It couldn’t have started better. There is always the speculation of changing country that you are going for the money and that’s never my intention and how I wanted it to come across. I wanted to make sure that fighting for Ireland had positive benefits to it. I’m sure it will. I hope people see that Irish Judo is flourishing at the moment.”

Fletcher: “We have a very good family relationship; we are very lucky to have a close family unit. It is really good to have a sister who understands Judo and understands what you’re going thru and how difficult it can be. Going to the Olympics with Megan would be really special for our family and great for my mum because it’s going to be for Ireland.”

The experience from 2016 will be important to this time

Fletcher: “The 2016 Olympics were a great experience and I really enjoyed it even though the competition didn’t go how I wanted it to, but the Olympics are the biggest competition in Judo, and I think the experience of going will be important to this time. The Olympics are quite a strange environment there are thousands of people in this village and you’re walking and you’re like “Is that…?” and you walk past Michael Phelps and Novak Djokovic is playing Tennis around the corner. It is amazing but really strange as well. People always say you shouldn’t go into the Olympics village to long before you compete because it’s so distracting. Last time it was a great achievement to have made it to the Games. I just about qualified but this time it’s hopefully more about getting the medal and that’s what I plan to do.“ 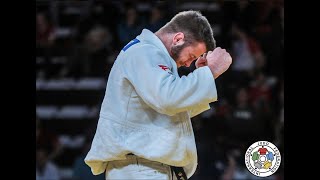 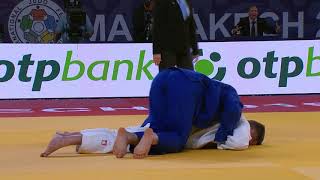 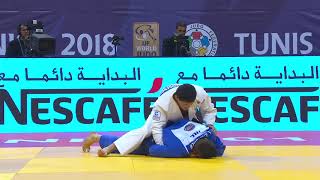