Turkish Baku Grand Slam bronze medallist Gulsah Kocaturk was in top form ahead of her home Grand Prix in Samsun next week as she topped the medal podium in the Georgian capital. Former Junior world bronze medallist Sandra Jablonskyte from Lithuania was comprehensively beaten by a yuko, waza-ari and osaekomi-waza for 15 seconds yielding wazari-awasette-ippon in a polished performance by Kocaturk.

In the first semi-final JABLONSKYTE prevailed against Miami Grand Prix silver medallist Mariia SHEKEROVA (RUS). The Lithuanian was penalised with a shido for going out of the area but pressed forward with devastating effect as she floored her opponent with a ko-soto-gake for ippon after three minutes. At the same stage Kocaturk (TUR) swept past Qingdao Grand Prix bronze medallist Ksenia CHIBISOVA (RUS) by holding her down in osaekomi with a mune-gatame as she squeezed the life out of the Russian’s title aspirations.

The first bronze medal was won by CHIBISOVA who defeated 19-year-old Elene KEBADZE (GEO) who finally succumb to a harai-makikomi with for ippon with 22 seconds left after a spirited performance. The Liberec Junior European Cup bronze medallist still secured the best result of her young career and will be confident of posing a greater challenge in her homeland next year.The second bronze medal was clinched by SHEKEROVA as Russia clinched both bronze medals in the heavyweight category. Junior European Championships bronze medallist Anastasiia SAPSAI (UKR) was overpowered on the ground and had no answer to a kami-shiho-gatame from her rival. 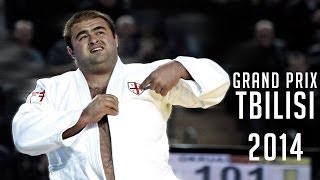 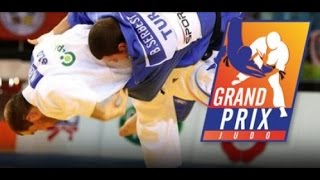