The women’s U70kg will be a juicy category to follow on Saturday. Austrian Michaela Polleres is the number one seed but there’s so much more to gain looking into the details. Polleres is in the same poule with Croatia’s favourite Barbara Matic. Matic though will first have to pass Korean Jeong Hye Jin in the First Round of Pool A.

Croatian judo poster girl Barbara Matic, who took part in Thursday’s press conference, is the fighter her country looks to the most at their home Grand Prix.  European Games bronze medallist Matic, 24, won the event in 2016 but finished fifth in 2017 and crashed out in the preliminaries last year.

The world number 19 has a tricky start against Jeong Hye Jin (KOR).  Jeong, 24, has had 12 IJF outings for her country and is still without a medal on the circuit. The seoi-nage specialist is fortunate to have had so many opportunities and needs to perform now with her place on the Korea national team under threat.

Matic has never faced off against Jeong, who holds a win over current world champion Arai Chizuru, but will be confident or outperforming her younger sister Brigita Matic-Ljuba who lost to the South Korean in 2011.

The winner of Poule A will be facing a tough opponent in the semi final. Interesting is to see the outcome of the first round contest between Ono Yoko (JPN) and Kim Polling (NED).

World bronze medallist Ono, 29, won the Paris Grand Slam in February and is the favourite for U70kg gold on Saturday.

Three-time World Judo Masters winner Polling (NED) has been away from the medals for over a year and needs to return to the final block duties in order to qualify for Tokyo 2020.

Polling will be cursing her luck after drawing Japanese opposition, as she did at the Rio 2016 Olympics in a losing effort against eventual champion Tachimoto Haruka, and will need to show her mental and physical capacity in order to win the first meeting between two of the leading judoka in the category.

On the other side of the table Sally Conway is definitely among the favourites. The British is in the same poule with Gemma Howell who won gold in Budapest. In Poule D Sanne van Dijke (NED) seems to have a good draw. She is in the poule with Kelita Zupancic (CAN) who took three Grand Prix medals since May this year. 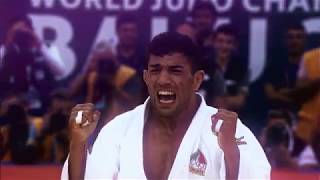 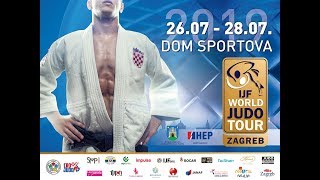 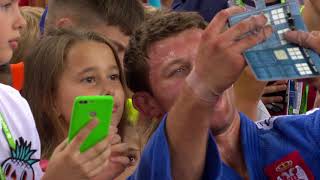