One of the mouthwatering preliminary clashes on Saturday is the return of a legend: Leandro Guilheiro (BRA) who will face Anri Egutidze (POR). This is a story of a fighter who has been there and enjoyed success on the biggest stages in the sport going up against a highly-talented young judoka who is beginning to find his place on the IJF circuit.

Double Olympic bronze medallist Guilheiro, 35, is one of the most popular judoka ever to tie up a judo belt. After an injury-hit few years, the uchi-mata specialist claimed bronze at a Pan American Open in June.

Anri Egutidze, 23, who rose to unwanted notoriety when he was disqualified for bringing a phone onto the tatami in Baku in May, is a three-time Grand Prix medallist and is ranked 15th in the world.

Given the form, the level of competition and current trajectory of both judoka, the Portuguese judoka will be regarded by many as the favourite for this contest while Guilheiro still has the self-belief and determination to succeed at this level.

There’s 12 years and a lifetime of medals between them but not a language and especially not in judo.

2010 Paris winner Guilheiro, who shared a true heart-to-heart moment with the IJF in Marrakech earlier this year, believes he’s still capable of high-level results on the IJF circuit while Egutidze has a world of potential and could record a major win in his opening contest in Budapest. 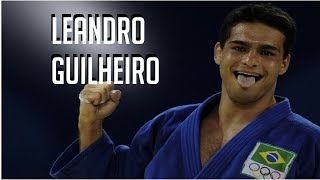 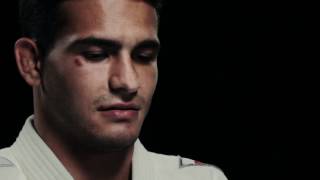