It’s a long time ago since France won European gold U52kg but World Ranking leader Amandine Buchard is absolutely among the top favourites to pick up that opportunity for the first since 2011. Since that time we must admit that this weight class exploded in strength. It used to be a bit of a boring class but that changed since Majlinda Kelmendi won the World title in 2013 for the first time.

In her slipstream Buchard developed from U48kg star to U52kg world leader and we don’t know yet the strength of Kelmendi but her victories in Tel Aviv and Düsseldorf say enough. Frankly speaking Buchard is a bit of a nemesis for Kelmendi. Buchard beat her before and we look forward to another clash perhaps in the semi final in Minsk.

Natalia Kuziutina is the leader of women’s judo in Russia and she is still eager to win her fifth title and to defend her title won in Tel Aviv. However we admit the Europeans are strong this year and the interest in the European Games is good. In the same pool is Odette Giuffrida who never won a European senior medal and the three fifth places do not represent her capabilities, although she belongs to the top five in Europe, dangerous to say, there are only four spots on the podium. Normally Giuffrida should be there as Olympic finalist and winner of the Grand Prix in Tbilisi, but in this pool even with Chitu, you don't know the outcome.

Which outsider will outperform?

Below the quartet there’s a big bunch of outsiders: Tschopp (SUI), Perez Box (ESP), Perenc (POL) and obviously Van Snick (BEL) who won the European Games U48kg in the first edition in 2015. She seems to have a good draw in this edition. They belong to the seeded players and in all honestly there is a gap with the rest. Incidentally surprises will occur like Tschopp who won European bronze in 2017 and last year with Gefen Primo (ISR) in Tel Aviv. Or perhaps Andreea Chitu can still show past results in this class. Chitu won two European titles and five medals and she won the Grand Prix in Antalya to prove she still matters. Her former compatriot Larisa Florian is now fighting for Azerbaijan but is a pool of death with Kelmendi and outsiders Reka Pupp (HUN), Karolina Pienkowska (POL). 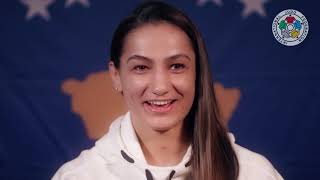 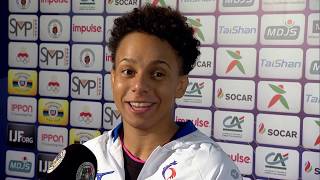 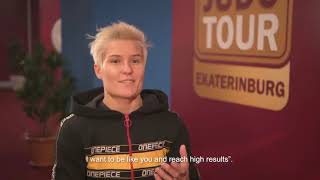