Inside news
Home News Xunzhao Cheng: The perils of being away too long
Back

Xunzhao Cheng: The perils of being away too long By Oon Yeoh of JudoCrazy

Oon Yeoh of JudoCrazy keeps us up to date with trends in judo in the road to the Olympic Games and other milestone events. Taking a long period of time off is up to debate but the same thing can be seen in the case of Cheng Xunzhao of China who created not one, not two but three massive upsets at Rio 2016.

Against all odds, Cheng had beaten Ilias Iliadis (GRE), Krisztian Toth (HUN) and Marcus Nyman (SWE) in succession, all with ippon, all with the same technique (left osoto-gari from an ippon-seoi-nage grip).

Cheng proved his performance in Rio was no fluke by completely taking a class field apart in the 2017 Paris Grand Slam. On his way to the final, he threw Nikoloz Sherazadishvili (ESP) with standing ippon-seoi-nage for ippon; Komronshokh Ustopiriyon (TJK) with sode-tsurikomi-goshi for ippon; and Gwak Donghan (KOR) with his trademark ippon-osoto-gari for waza-ari, followed by a hold down for waza-ari-awasete-ippon. In the final he threw home favourite Axel Clerget (FRA) with the throw that made him famous, the ippon-osoto-gari, for ippon.

People expected great things from Cheng. But for the next two years, he would not be seen at any IJF World Tour. It’s like he had completely disappeared from the judo map. Nobody knew what had happened to him.

A contact of mine who knew someone who knew Cheng personally told me Cheng was avoiding international competitions because he wanted to focus on domestic events because supposedly, that’s where the big money is.

The whole “he wants to just concentrate on domestic competition” rationale doesn’t hold water. There must have been a compelling reason for him to be away from international competition for two years but nobody seems to know why.

Cheng quietly made a comeback on the international scene at the 2019 Rome World Cup but he lost to Domenico Di Guida (ITA) and Dario Kurbjeweit Garcia (GER), both relative unknowns. He did not get a medal.

His first big event was the 2019 Hohhot Grand Prix. Despite having home ground advantage, he was eliminated in the first round by Sweden’s Nyman, who avenged his Rio 2016 defeat by throwing him with sumi-gaeshi for waza-ari. And with that, Cheng was knocked out of the competition.

It’s not clear if Cheng will compete in the 2019 Tokyo World Championships but if he wants to qualify for the 2020 Tokyo Olympics, he had better start winning some major IJF events.

His case once again highlights the perils of being away from competition for too long. It naturally makes you wonder also if a long absence from competition would similarly affect France’s Teddy Riner, who has been away for well over a year now.

Of course Riner was a dominant force over a long period of time, in a way that Cheng never was, but still, it will be interesting to see if Riner can get back to his winning ways after such a long absence. 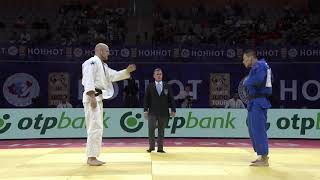 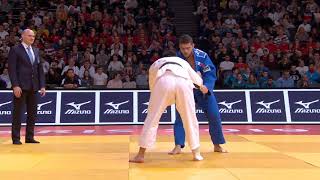