Lkhagvasuren, 17, fell in the same manner but will be thrilled to open her IJF World Judo Tour medal account at his early stage of her career. Kelmendi is edging closer to an inevitiable and mouthwatering showdown with world champion Abe Uta (JPN) which could be on the cards for the Tokyo 2019 World Championships.

In the first semi-final former Junior World Championships silver medallist Maeda Chishima (JPN) lost out by two scores to Lkhagvasuren. In the second semi-final Olympic silver medallist Odette Giuffrida (ITA) was thrown with a gigantic harai-goshi for ippon by Kelmendi in a rematch of the Rio 2016 Olympic final.

The first bronze medal was awarded to Giuffrida who bounced back from her semi-final disappointment to defeat 2013 Abu Dhabi Grand Prix winner Yulia Kazarina (RUS) with a foot sweep which earned a waza-ari score.

The second bronze medal was won by Maeda who saw off Olympic silver medallist Jeong Bokyeong (KOR) by a waza-ari score. Maeda, 21, medalled at her first international IJF assignment as Jeong is still early in her transition from U48kg to U52kg. 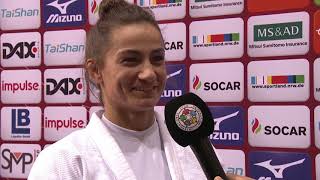 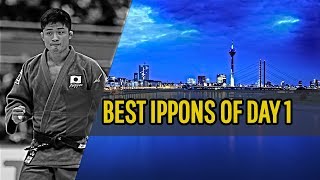 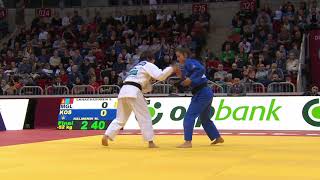