European U23 champion Polleres took the lead by scoring a first waza-ari with a counterattack and then she controlled until the final gong to win a beautiful victory for Austria and a second gold for her on a Grand Prix.

For the first bronze medal contest, another former Junior World Champion, Gercsak Szabina (HUN), challenged Yarden Mayersohn (ISR), who so far had already won three medals on the World Judo Tour (Agadir GP 2018, Tashkent GP 2017 and Antalya GP 2017). The most significant moment of the match was when Gercsak tried to apply Miklos Ungvari's special turnover on the floor to try to immobilize Mayersohn, but the Israeli escaped and both athletes reached the golden score with nothing written on the scoreboard. It is only after 1 minute and 43 seconds of extra time that the very first shido of the match was given to the Hungarian for passivity, but right after, Gercsak applied a sweep movement (de-ashi-barai) for a waza-ari to win the bronze.

In the second bronze medal contest, Elvismar Rodriguez (VEN), tried to recover after the disappointment of having lost her quarter final against of Mayersohn. She faced the young Hilde Jager (NED) for a place on the podium. As Jager was more passive than Rodriguez, she was penalized with a first shido before they reached half of the match. As the athletes were entering in the last minute, the Venezuelan was penalized for blocking her opponent, but she could finally find an opportunity ion the floor with an armlock for ippon and win her sixth medal on a Grand Prix. 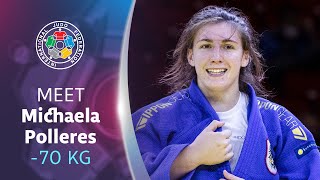 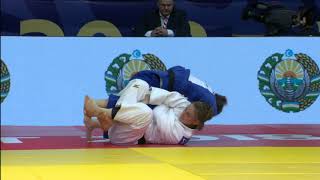 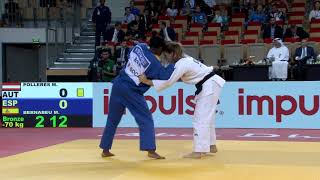 10 Nov 2017 09:35
European U23 Championships in Podgorica opportunity for new generation