For most judo fans the World Championships go as they are planned to go. The category for men U60kg delivered some of the major favourites in the semi finals. The two Japanese both survived the shift and Naohisa Takato is still on track to prolong his world title.

Now he will face his Japanese rival Ryuju Nagayama in the semi final, so a guaranteed Japanese medal. But that won’t be enough, with the eye on the 2020 Tokyo Olympic Games the Japanese fans will demand the gold medal.

In the other semi final Robert Mshvidobadze is the only Russian, not Beslan Mudranov who lost to Karamat Huseynov of the organising nation Azerbaijan. The Azeri player did a one-handed sode which somewhat injured Mudranov. It looked like it could be a hansoku-make infraction but no penalty was given. In Baku the youngster also defeated Fran Garrigos, only Takato could stop him, but he will have another chance. Mshvidobadze defeated Lee Ha-Rim of Korea in the quarter final. Russia didn’t win a World Championships medal since 2014 U60kg (Mudranov 2nd). Nickolay Ozhegin was the only World Champion of Russia in 1995. Two-time World Judo Masters bronze medallist Sharafuddin Lutfillaev (UZB) was surprisingly humbled by a waza-ari score against Otar Bestaev (KGZ) who lost to Ha-Rim Lee.

Amiran Papinashvili defeated Orkhan Safarov in a straight battle. It meant no medal for Safarov, but Huseynov is today’s hero for Azerbaijan. Gusman Kyrgyzbayev (KAZ) was also among the favs but he struggled with Eric Takabatake who reached the last 8. North Korea Kim Yong Gwon is the dark horse heading for success. He was a bit lucky in his draw but overcame Ashley McKenzie (GBR).

Takato can go for his fourth medal at World Championships since 2013, perhaps his third title. 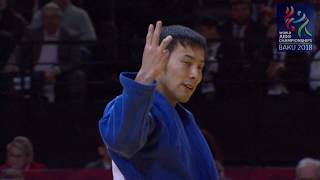 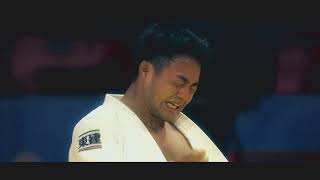 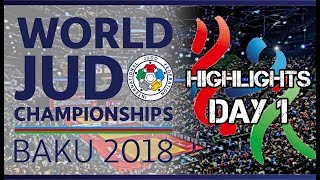