Brazil’s Rafael Macedo became the first male judoka to break Georgia’s stranglehold of the gold medals in Tbilisi. Hosts Georgia had a perfect record of five gold medals from five men’s categories before the U90kg final.

The first bronze medal was won by former Zagreb Grand Prix bronze medallist Piotr Kuczera (POL) against Tselidis who was something of a mystery man in the -90kg category. Kuczera marginally outworked his opponent who was an unknown quantity as he was appearing internationally for the first time. The Greek judoka was penalised for a third time for dropping and received hansoku-make.

The second bronze medal went to Li Kochman (ISR) who came from behind to defeat Grossklaus. Switzerland’s Grossklaus rolled over his rival for a waza-ari but was then caught with an uchi-mata for a waza-ari score and the contest moved into golden score. After an additional 17 seconds Kochman powered the top seed to the tatami with a thumping osoto-gari for ippon. 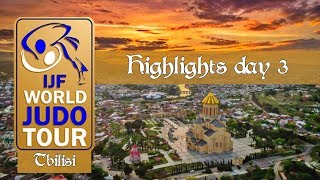 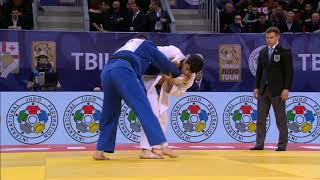 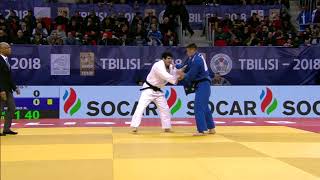