At the European Open this weekend in Sofia The Canadian and French team have the best papers to take the titles. The Canadians sent a team with some of the top athletes. Three Canadians are seeded first such as the competitive category U81kg with Etienne Briand who’s ranked 13th in the World. Also Antoine Valois-Fortier is listed high and will be protected, but they may see each-other in the semi finals.

Zachary Burt is the best placed judoka U90kg and Kyle Reyes top the category U100kg. But also the French have a good team with lightweights Vincent Limare and Vincent Manquest and U73kg with Pierre Duprat and Benjamin Axus and even Guillaume Chaine who is normally also capable to win a European Open. U66kg Belgian Kenneth van Gansbeke  is on the list, the Belgians send four strong men, while in Visé this weekend the Belgium Open for men will be held.

The Bulgarian hosts have a team of 26 judoka. Their top athlete Ivaylo Ivanov seems to start U90kg and also lightweight Yanislav Gerchev seems to start one weight higher U66kg. Gerchev was the last male Bulgarian winner in Sofia. Daniel Dichev is seeded U100kg. 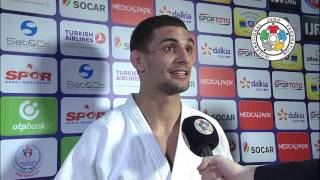 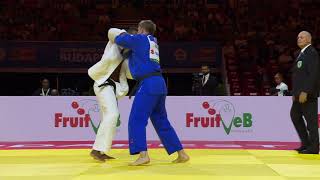 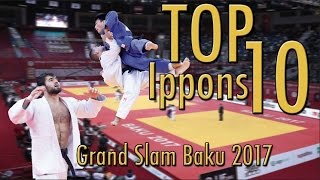