The Openweight World Championships in Marrakech this weekend represents a new chapter for prize money in judo. A record amount of prize money will be on the table thanks to the IJF's ability to attract new sponsors and partners at a time when the sports market is saturated and more competitive than ever. Gold medallists will earn a record €100,000 with silver medallists scooping €50,000 and bronze medallists taking home €25,000. Sounds like "Marracash."

The prize money continues beyond the medallist as judoka who finish fifth will earn €10,000 while a seventh-place is worth €5,000.

Former Openweight World Championships winners Teddy Riner and Alexander Mikhaylin, who met in the London 2012 Olympic +100kg final, are both locked in for Saturday.

Athens 2004 Olympic champion and three-time world champion Ilias Iliadis makes his return which could very well be a one-off appearance.

Georgia will field four judoka in seach of their first Openweight World title. Man of the moment Guram Tushishvili (GEO) is joined by Varlam Liparteliani, Adam Okruashvili and Levani Matiashvili. 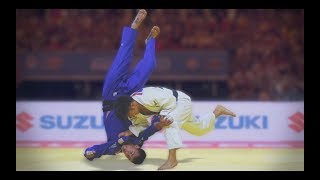 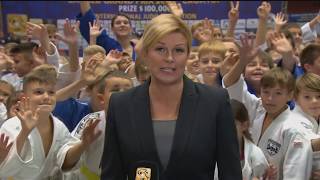 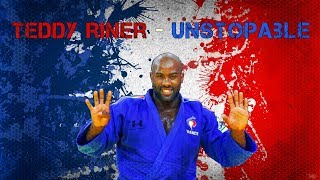