There are two strong candidates for the World title in Budapest for women U78kg. Dutch World Ranking leader Guusje Steenhuis is consistent, strong and very experienced. Perhaps she will be challenged by her Dutch rival, Marhinde Verkerk, who recently made a strong comeback with a gold in Minsk that might secure her the 8th seed in Budapest.

Verkerk is normally not a barrier for Steenhuis, but the later does have trouble with Audrey Tcheumeo, the French powerhouse, who previously won all colours at World Championships and two Olympic medals. Since the retirement of the United States' Harrison, Tcheumeo remained strong.

Mayra Aguiar has only competed once since Rio when she won the 2017 Cancun Grand Prix. However, Tcheumeo is the Olympic silver medallist and the current European Champion. She also won the Paris Grand Slam this year so she is in good form. Aguiar is probably the top favorite, although it’s hard to estimate her chances. She never really participated in randori at an international camp and it’s not easy to find weak spots.

Former World Champion Mami Umeki of Japan is also a top contender. She is also in good form, having won the 2017 Ekaterinburg Grand Slam and the 2017 Dusseldorf Grand Prix.

Hungary's Abigel Joó has a distinguished track record and is among the Top 5 in the IJF rankings. Home ground advantage might inspire her greatly.

British Natalie Powell hasn’t stepped onto the world top podiums yet, but she is close. Ruiko Sato won 10 Grand Slam medals and is used to the word elite, but also never medalled at World Championships.

After her 5th place in Rio, Bernadette Graf made her comeback U78kg, not making her U70kg weight. In June, she suddenly won the European Open in Bucharest with a final against Tcheumeo. Although it was a somewhat untidy match for Tcheumeo, Graf got a good picture what it takes to beat a top contender like Tcheumeo. Shortly there after, in Hohhot, she took gold again at a higher podium and that gave coach Marko Spittka opportunities. At first sight Graf would start U70kg, but it seems she senses a chance in this class a little under weight, comparable to Kayla Harrison’s weight. She has no weight stress, is relatively new and so far sensational, but let’s see Graf when the top athletes come in. She is definitely a game changer with her strong grip and she has a wide range of techniques.

Park Yu-Jin of Korea won bronze at the Asian Championships this year and has claimed a few World Tour medals, but never gold. Still, she might upset some top athletes.

Beata Pacut, Anastasiya Turchyn, Klara Apotekar and Anna-Maria Wagner can surprise the field, but taking a medal in this class requires experience. We will miss Luise Malzahn (GER) who is recovering from an ACL surgery. 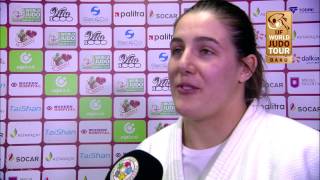 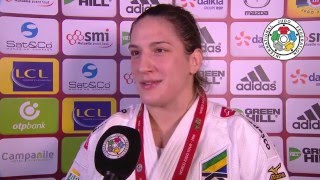 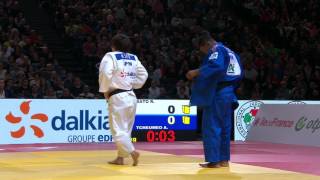