Russia won the first IJF Mixed Team World title on the final day of the Cadet World Championships 2017 in Santiago, Chile, as a global audience tuned in to take a first look at judo’s new addition to the Tokyo 2020 Olympic Games programme.

Russia recorded a famous win and a place in the history books in Santiago as they will go down as judo’s first winners of this combined event.

Russia defeated Brazil 5-3 in a thrilling final to win Mixed Team gold and continue their tradition of excelling in team competitions.

Laura Ferreira (BRA) got Brazil off to a winning start after a tight contest against Liliia Nugaeva (RUS). The contest was locked at a stalemate after four minutes but only 18 seconds of golden score was required as Nugaeva was penalised with a shido for a false attack.

Arman Gambarian (RUS) stopped Brazil from taking command of the match as he earned Russia’s first win by throwing Aristides Junior (BRA) with an uchi-mata for ippon.

The impressive Natalia Elkina (RUS) put Russia ahead for the first time as she worked until the final seconds to defeat Nicole Franzoi (BRA). With seconds left of regulation time the Russian applied a juji-gatame and Franzoi, who was oblivious to the danger of her opponent on the ground as she anticipated only golden score, had no choice but to submit, 2-1 for Russia.

Karen Galstian (RUS) added to his country’s lead by seeing off Pedro Medeiros (BRA) with a sumi-gaeshi for ippon as Russia were starting to build momentum.

Gabriella Moraes (BRA) reduced Brazil’s arrears by pinning Daria Vasileva (RUS) for 20 seconds and ippon as she capitalised on a slip by the Russian judoka.

Marcelo Gomes (BRA) did all he could to put Brazil right back into contention with a hard-fought victory over Mansur Lorsanov (RUS). A waza-ari score with 40 seconds left was the significant action of the contest as Gomes left the tatami with his head held high and the match even.

In the girls +63kg Daria Vladimirova (RUS) put her team on the verge of glory by besting Luiza Cruz (BRA) of Rio de Janeiro's famed Instituto Reação. CRUZ led by a waza-ari from a harai-makikomi before Vladimirova used the same technique for the same score and the contest moved into golden score. Vladimirova trapped Cruz with a ushiro-kesa-gatame before adjusting her position into a yoko-shiho-gatame and there was no escape for the Brazilian.

In the heavyweight final +81kg Cadet World silver medallist David Babayan (RUS) rounded off an authoritative Russian display with a win against Leonardo Sant’Ana (BRA). Babayan sent over his Brazilian adversary with an uchi-mata for a waza-ari and that was how the score stayed as the celebrations started for Russia. 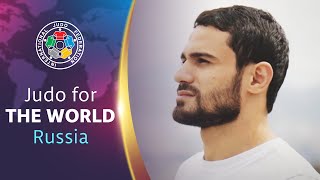 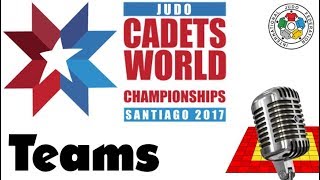 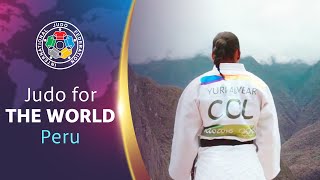 30 Jun 2018 13:35
Cadet European Champions have to be patient for senior transition