Japan’s Hashimoto Soichi is nobody’s understudy. The U73kg judoka now leads the world in the rankings having won gold on Saturday in Ekaterinburg.

However, Hashimoto, 25, who is undefeated on the IJF circuit since 2015, is the number two domestically with Olympic champion and double world champion Ono Shohei (JPN) for company at this weight.

The World Judo Masters winner has more than filled the void left by Ono who is taking some time out from international competition and will miss the World Championships to focus on completing his studies at Tenri University.

The charismatic star has excelled over the last 12 months as he has earned comparisons to Japan’s all-time great and 1992 Olympic champion Koga Toshihiko (JPN) and this year the responsibility lies with the Worlds debutant to keep the -73kg title in Japan.

Judo’s founding nation has proved to be unbeatable at this weight with Akimoto Hiroyuki winning in 2010, Nakaya Riki triumphing in 2011 and 2014 and Ono Shohei capturing the World crown in 2013 and 2015.

“I am very happy with this gold medal,” said Hashimoto who pushed for ippon in the final (against Marcelo Contini) despite being in control with an advantage of two waza-ari scores without reply.

Relentless in his pursuit of the maximum score and his favoured sode-tsurikomi-goshi, which he calls the Hashimoto special, the Japanese explained his philosophy.

“The reason is very simple, I always want to get ippon, when I had first waza-ari, I thought about defensive judo, but I really wanted ippon.

“Sode-tsurikomi-goshi is one of my main techniques, it is my favourite, but I can achieve this in many different ways and until the World Championships I will work on this even more.”

When asked about being his country’s only judoka at -73kg at the Worlds – and the absence of Ono Shohei – Hashimoto was positive and is relishing the opportunity to take his majestic talent to the World Championships stage.

“Ono is a very good rival for me, but he is nothing to do with me this year, as my main target is to become world champion.

“My target is Worlds gold and I want to win every contest by ippon in Budapest.” 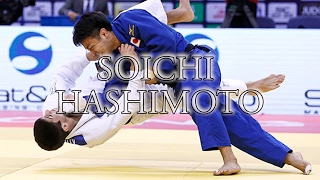 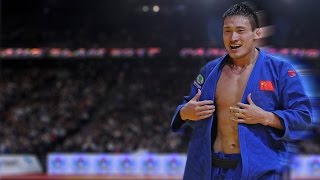